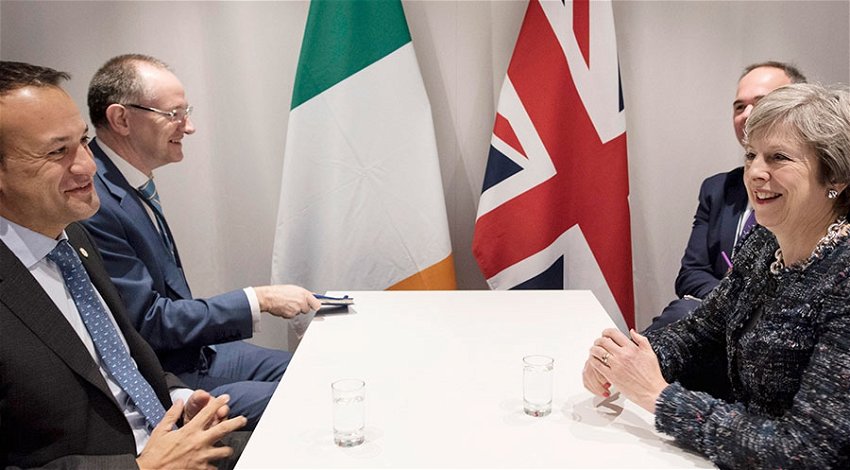 WHILST hopes were high for an agreement with the European Union when Prime Minister Theresa May travelled to Brussels for meetings with Donald Tusk and Jean-Claude Juncker, she returned to the UK empty handed.

It was widely suggested before the meeting yesterday (Monday) that the three main stumbling blocks vital to discussions about trade arrangements were covered and that she expected to return to the UK to report her success.

The three matters which have to be resolved were payment of the ‘Divorce Bill’ and she appears to have offered between €40 and €50 billion by way of settlement, rights of abode for three million European citizens currently in the UK which will be easy and free but the problem centred around rights of movement between Northern Ireland and the Republic.

Different analysts in the UK have a different view on what was about to be offered with some suggesting that the PM was going to offer a special deal for borderless  crossing whilst others saying that this was a rumour put out by the Irish government in order to force her hand.

In the event, it has to remembered that the British government does not have an overall majority and needs to be supported by the DUP (Democratic Unionist Party), a Protestant political party in Ulster which has 10 MPs which in return for concessions, allows the Conservatives to govern.

As far as they are concerned however, the concept of a free border with the Republic is anathema and they announced that they would not support any agreement which would give Ulster a different border deal to the rest of the UK.

This has now prompted both the Scottish and Welsh ruling parties as well as the Mayor of London to agree with the DUP but on the basis that a free movement deal should apply to the whole of the United Kingdom.

As Mrs May returned to Britain to consider her options, she awaited the arrival of Mariano Rajoy at Downing Street today (Tuesday) who is offering his personal support to the UK, saying that in the same way that Britain supported Spain over the Catalan crises, so Spain will support her friend Britain during Brexit.

He has also made it clear that apart from historical links, Spain sees the UK as a major source of financial support, with exports to Britain far exceeding imports, tourism still a vital font of income and cross investment in industry also being exceptionally important.

The Spanish Prime Minister has been careful to balance his support of the British government with his praise for the EU negotiators but there is little doubt that Spain at least wants to see a soft Brexit which protects its economic relationship with the UK.