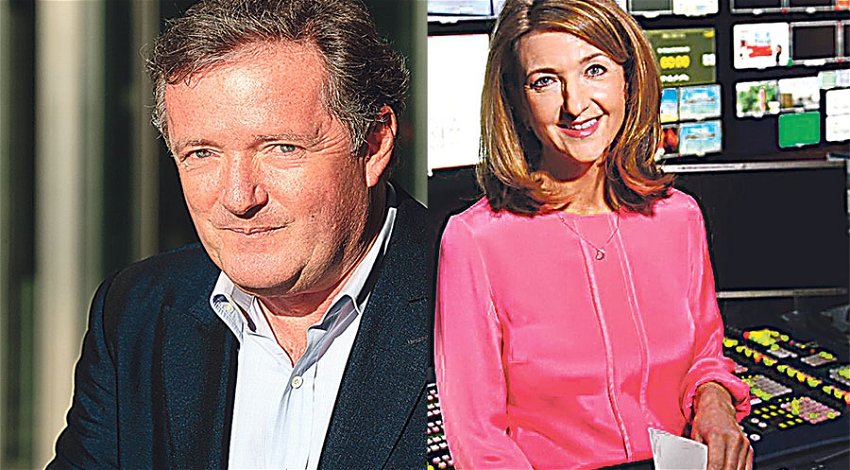 THOUGH unsure how many readers are also regular viewers of morning television, friends staying recently are avid Good Morning Britain (ITV 1, weekdays 06.00-08.30) watchers, so for a few days the show became background to breakfast preparation.

It is presented by the lovely Susanna Reid, the delightful Charlotte Hawkins, the accomplished Ben Shephard and someone called Piers Morgan.

Good Morning Britain (GMB) is much lighter viewing than the BBC early morning offering, though flicking between the two, some offerings are remarkably similar.

What is not similar is the Piers Morgan effect.

I thought Piers had decamped to the US (thankfully not to España) but it seems he has since returned and is now a regular on the ITV morning show.

While I understand that controversy and over-the-top opinions can generate viewers, Piers takes this to a new and uncomfortable level.

Some recent viewing gems include his guide to a good marriage: pick up your other halves’ socks; he thinks HE set up Prince Harry and Meghan Merkle plus his rant about how good the GMB show is compared to its BBC rival.

On occasions his co-hosts are literally lost for words and it is easy to see why.

Keeping to the daytime TV theme for a moment, having accidently caught the Victoria Derbyshire Show (BBC2, weekdays 09.00 and BBC News Channel) I am now a fan.

Victoria and an excellent team of reporters tackle sensitive and sometimes hard-hitting original stories, audience debate and breaking news, all in an easy-to-watch BBC2 style; truly an antidote to Piers, if you need one.

I am thrilled that the BBC is planning a Strictly Come Dancing Christmas Special (BBC1, Christmas Day, time TBC).

Hosts Tess Daly and Claudia Winkleman will oversee six couples performing a routine which tells the story of What Christmas Means to Me (them). Jeremy Vine is half of one dancing pair; I have no words.

If seeking some stop/start viewing whilst decorating the Christmas tree, Box Sets have to be the way to go.

These are essentially entire series you can watch via a catch-up service. One of the best on offer is Game Face (E4, via All4) and sees the much underrated Roisin Conaty navigating through a clumsy and hectic life, punctuated with hilarious driving lessons with instructor Damien Molony.

The BBC is now fully in the Box Set space and is showcasing some wonderful BBC3 programmes most of us would otherwise miss.

Junior Doctors, Blood, Sweat and Tears doesn’t always sit well with the mince pies, but is a frank documentary series following what seven newly-qualified doctors get up to as they continue their training; one is going to really annoy you!

The BBC are also offering three complete series of Josh; there is a lot to get through if watched back-to-back, but even with a  break the show tends to grow on viewers; it’s a comedy about friends who go way back starring Josh Widdicombe, Elis James, Beattie Edmondson and Jack Dee.

Jennifer Saunders puts in all too-brief appearances for only three episodes as Beattie’s mother, a true gem in the making!