Eat, drink and be merry, for tomorrow…! 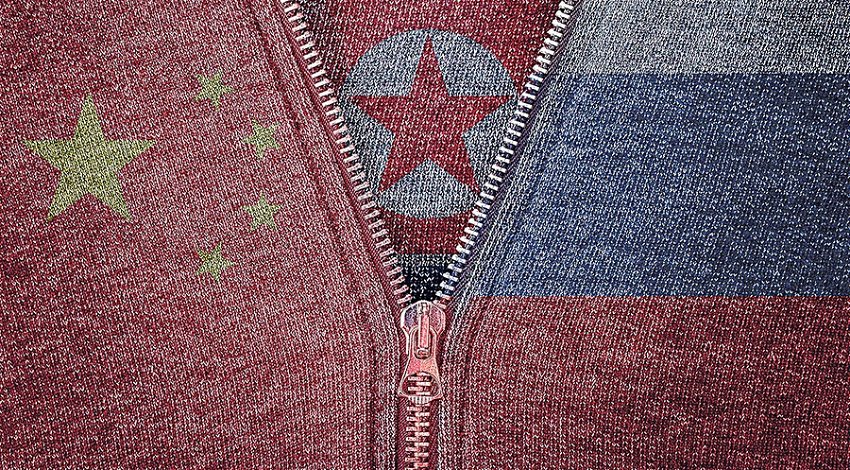 THE main, glaringly obvious reason that China and Russia consistently refuse to condemn, or completely sanction North Korea, is because that between them they have enough weaponry clout to finally dominate the western world.

As allies, they are powerful enough to back up their ideals with a military might that could utterly annihilate both the USA and any other European democracy that chose to resist.

The overwhelming force of these three countries would be more than capable of finally achieving what they have all been seeking for generations, a Communist domination of the planet. The fact that Communism, both Chinese and Russian, has become more ‘Westernised’ and capitalistic over the last 20 years or so, has nothing to do with it. These countries are still run by undemocratic dictators, who still use their citizens as pawns in their common, relentless ambitions to take over the world.

The problem is of course that neither America, or the UK for that matter, will ever bow to these despots, however threatening they become. For this reason, and with the leader of our most powerful ally a bit flaky to say the least, I believe we are even nearer to a nuclear holocaust than we were during the Cuban crisis. And there ain’t a darned thing we can do about it. Eat, drink and be merry folks, for tomorrow…!

I don’t know about you, but I think Ms Meghan has our Harry completely by the short and curlies. Putty and manos come to mind. Far from immediately jumping up and down with joy, as Harry suggested, I think ‘Mum’ would have been a little more cautious in her approach to this extremely assured and capable young lady, before succumbing herself to her undoubtedly charming persona. Unlike her lad, who is, at this point in time not quite sure if he’s on his a..se or his elbow. Time will tell my friends, time will tell.

As much as I welcome constructive criticism of my columnistic endeavours, I still abhor the vitriolic spitting, that seems to consume the small number of sad sacks of the ilk that descended on my recent, completely innocuous EU gaffe like a flock of indignant, jowl jiggling vultures. What I do fail to completely understand is why, if my comments cause such stress and mental suffering, they still continue to peruse them?

This great paper is full of extremely competent and highly respected writers, so why don’t they simply pass me by? Believe me, both myself and my thousands of wonderful like-minded readers, wouldn’t miss them one iota, and frankly don’t need them either. Bye!

Writing this in the sunshine of the extremely welcoming and still highly lovable Malta. What a pleasure to be back among this wonderful race of genuine and friendly people after so many years. Still consider this is where the ol’ boy could finally end his planetary innings.

Have a good week. Be kind to someone. And whatever ya do. Always keep the faith.