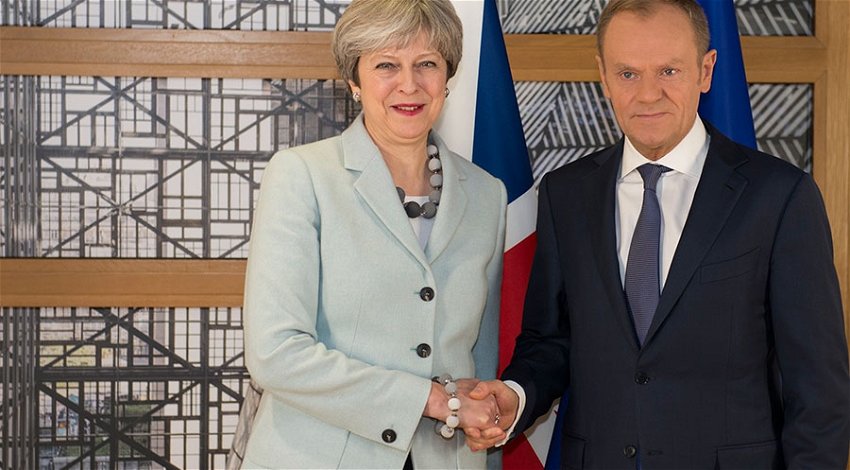 Theresa May in Brussels with Donald Tusk

BREMAIN IN SPAIN (http://www.bremaininspain.com), a group campaigning for the UK to remain in the European Union and to protect the rights of British migrants living in Spain and the EU, comments on the news that Theresa May had made a “great breakthrough” in the Brexit negotiations.

The response from EU and UK-based citizens’ groups to the news of a likely move to phase two of negotiations has been swift and scathing.

British in Europe, the coalition of 10 UK citizens’ groups – of which Bremain in Spain Chair, Sue Wilson, is a steering committee member – reacted with a rapid statement expressing its shock and surprise at the developments.

Chair of British in Europe, Jane Golding, said: “This deal is even worse than we expected. After 18 months of wrangling, the UK and EU have sold 4.5 million people down the river in a grubby bargain that will have a severe impact on ordinary people’s ability to live their lives as we do now.”

Sue Wilson said: “We did not anticipate that the EU would recommend moving to phase two of the negotiations at this stage – not when there are so many unresolved citizens’ rights issues.

“We believed May’s insistence that we were within ‘touching distance’ of an agreement was inaccurate and misleading. However, rather than resolve these outstanding issues, both sides have clearly agreed to lower the bar as to what constitutes ‘sufficient progress'”.

Wilson continued: “Even if we had suspected that a deal was imminent regarding citizens’ rights, we were convinced that, regarding the Irish border issue, there was a long way to go. To discover the EU is willing to allow the Irish border issue to be kicked into the long grass is a major disappointment. Those issues are far from resolved and will no doubt remain a major bone of contention.

“As we are moving to phase two of the negotiations, citizens’ rights issues will be buried under discussions of trade and transition. If the outstanding issues could not be resolved when we were supposedly one of only three priorities, what chance is there when we are one of many more?”

She concluded: “The deal has not yet been endorsed by the EU27 but it seems unlikely that they will vote against it in Strasbourg next week, even if there are many dissenting voices, including that of Guy Verhofstadt.

“Yet again, our security has been sacrificed for the sake of the security of May and her government. Her actions this week may have provided a stay of execution for her as leader but have done nothing to alleviate the suffering of 4.5 million EU citizens who would be most affected by Brexit.

“Not only is the deal incomplete, it’s not even guaranteed or protected. Furthermore, the Tories are crowing as if they’ve pulled off a major success that we should be celebrating and accepting with gratitude. I can assure you that British citizens in the EU are not celebrating or grateful but more fearful than ever of being thrown under the Brexit bus. We will continue to fight to protect ourselves in the best way possible, by fighting to remain in the EU.”