The Apprentice is bad for business and bad for the BBC 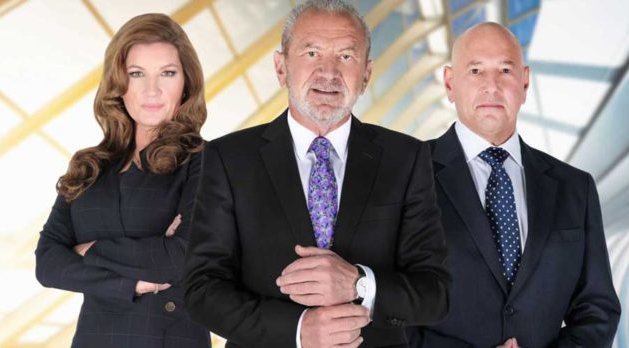 THE APPRENTICE  is not as mercilessly mocked as it should be.

Once it was an interesting show, an informative middle-class equivalent of shut-the-frontal-lobe-down and rest the mind escapism like the The X Factor or Keeping Up With the Kardashians.

Let me explain: The Apprentice was once about business, but as happens with all stalwart shows that just keep going and don’t throw in the towel, it has become too aware of itself and gives the audience what it wants to indulge in rather than what it once enjoyed in small doses by fluke.

The Apprentice was once full of entertaining characters who happened to be full of themselves or utter bastards (lest we forget Katie Hopkins started her descent here). It was zeitgeist and entertaining because the candidates were real (even if they were selected after numerous audition rounds).

A decade plus later and it’s totally lost its charm. Not only do the editing and cutting together of scenes deliberately make people look more terrible or foolish than they actually are, but it obscures any point that the show might be trying to make about business. It’s become more about making people look arrogant, self-deluded and out of their depth than about providing insight into business practices.

Of course, it’s entertainment. That’s its point. Consider its premise. 18 candidates, established in their field in some way, going through a 12-week process of business-related tasks which conclude each week with a reward or a whittling down blame game and a ‘firing’ from Lord Sugar.

Why does it matter? Well, the lynchpins to all of this are Alan Sugar and Karren Brady. Both members of the House of Lords, Sugar was made a Lord and Labour enterprise tsar of business under Prime Minister Gordon Brown and Brady was appointed by David Cameron to be his Small Business Ambassador. Both draw salaries from HM’s Exchequer and have a considerable public profile as business success stories.

The general charges of cronyism levelled at the House of Lords aside; surely there is a dangerous overlapping between business interests, politics and personal celebrity here? Sugar had previously said he would continue in his BBC position as his former role with the Labour government was advisory and “politically neutral”. But is there not the question of whether Brady or Sugar would be known to the public if The Apprentice had never existed? Don’t they then have a duty to do their political appointments, based on their business expertise, justice by representing the business community in a responsible and realistic way on a channel that is paid for by the taxpayer and pays them?

They are drawing salaries from two publically funded bodies, the Lords and the BBC because of their expertise, and should be using this platform more constructively and more responsibly than simply being on an entertainment programme that encourages a culture of smug put-downs and dog-eat-dog interpersonal politics. That does nothing to show how businesses are formed, how they survive and how they grow.

These two public figures, instead of fuelling their own public profile, should be using the skills that they are being paid for to help generate a renewed interest and understanding of a sector that is widely heralded as the one that grows Britain. The Apprentice is the biggest platform to do this with infinitely more influence in the public eye than the House of Lords.

If you had former police officers who were sitting in the House of Lords, advising on policing standards, and were heading up a police show on the BBC at the same time that encouraged behaviour that was anything less than responsible or educational, do you think it would be appropriate or would last long?