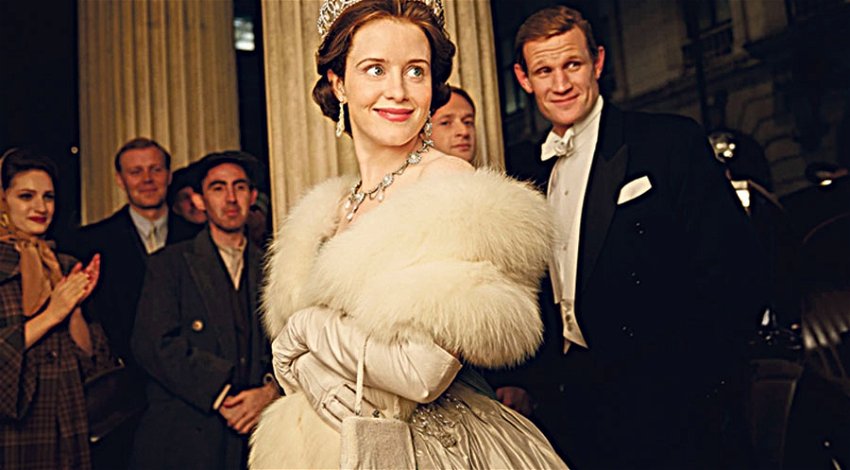 WONDERFUL: Claire Foy in The Crown.

THE CROWN (Netflix) has returned with all the drama, excitement, and Royal insight we were drawn to in Season One.

Claire Foy continues to play a wonderful Elizabeth II, knocking the socks off a couple of Dames who have gone before her, but what has happened to her accent? I was reaching for the subtitles at one point.

Surely if anyone should speak the Queen’s English, its Claire playing The Monarch? Stick with the accent though, Season Two doesn’t disappoint.

If you enjoyed The Real Marigold Hotel series, check out The Real Marigold on Tour (BBC1 and 2 and Catchup). The original gang are split into two groups of four this time around, exploring what it is like to grow older in countries around the world.

The series started in China, followed by Cuba, Iceland (where it was cold, who knew…) and will conclude in Thailand. Don’t be put off that the BBC didn’t venture to Spain, Marigold is just as good in Global Tour format.

I’m not sure that any of the celebrities will be persuaded to uproot and move home though. It’s a good job too, where would the lovely Miriam Margolyes get her clothes and I’m not sure anyone but the Brits would understand Wayne Sleep, but it is an interesting way to sample life, albeit with a  walking stick. I just hope our celebrities were able to fly First Class between filming.

With no spoilers over the mince pies, what is happening in Soap Land as we head for Christmas?

For the EastEnders (BBC1, nightly) we know there is trouble when Sharon Mitchell (still played by Letitia Dean) announces ‘Good knees up at The Vic, that’s what Christmas is all about.’ Well, not in my house Sharon, not even if Peggy was serving the drinks around the pool.

We already know that Max Branning (Jake Wood) is consumed by revenge and wants to get back at everyone who has wronged him. There is also a catastrophic event coming up for the Branning family. Feliz Navidad Albert Square.

It looks as though life risks turning into a wild west show for the residents of Coronation Street (ITV1, nightly). Billy Mayhew is set to ride down the street guns blazing as Peter Barlow drives Todd Grimshaw and Summer out of Wakefield before taking revenge on the vicar for being part of Susan’s death. All that’s needed are saloon doors on The Rovers and a stage coach rattling down the cobbles. Ken Barlow in a stetson anyone?

Meanwhile on the farm, the cast of Emmerdale (ITV1, nightly) aren’t going to be fooled by Charity Dingle’s personal life apparently settling down. She deserves it given recent story lines, but has an explosive New Year coming up, rocking the all too short Christmas calm. I hope she has a Merry, but quiet Christmas.

To finish this week, my Christmas Eve and Christmas Day recommendations include Dad’s Army (BBC2, Christmas Eve) is pure genius for those of us old enough; The Queen’s Speech (BBC & ITV, Christmas Day) isn’t Jungle winner Toff eating bugs, but the annual message from Her Majesty and finally the Christmas episode of Victoria (ITV1, Christmas Day).

This episode of Victoria has been in development for over a year now. Expect snow, Prince Albert enjoying too much Christmas spirit and watch out for the number of Christmas trees, the Royal children had one each apparently.

Happy viewing and Merry Christmas everyone.