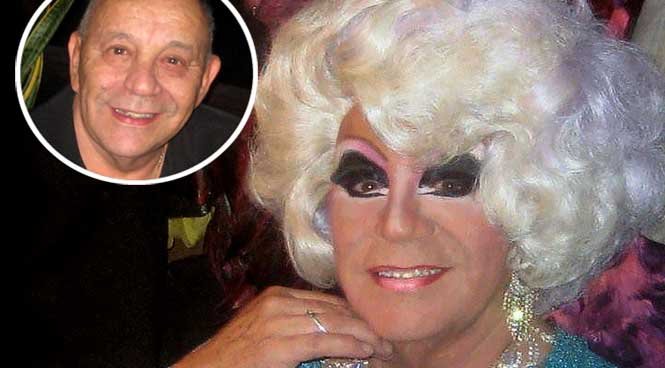 INTERNATIONAL cabaret star and comedian drag queen, Bunny (Barry) Lane, who died last week after a short illness, will get a huge send-off from fellow professionals and fans alike now his funeral arrangements have been confirmed.

Originally hailing from Harrow in London, he was famed for running Bunny’s Bar in Bonanza Square, Benalmadena on Spain’s Costa del which attracted huge crowds in its heyday.

Bunny attended The Italia Conti Academy of Theatre Arts In London in the late 1950s where his love of acting and drama was shaped into the wonderful cabaret artist and actor he became.

An Equity-listed professional, he took to the stage in London in the late 1960’s in a comedy double act called The Sequins. He then went on to perform a solo act.

Back in his days on the London and Brighton cabaret scene he worked with the likes of Tony Page, John Wright, Phil Randell, Michael Topping, Roy Alvis, Phil Raymond, Terri Gardener, Kane & Able and Pip Morgan.

He also worked with acts and actors alike both in straight plays and film, including with Joanna Lumley in 1973 in a film called “Games Lovers Play”.

He also worked with Danny La Rue for many years and hosted and was a guest on Danny’s shows.

Bunny teamed up with Ellie and KT Peters for a triple-act and only stopped performing when he retired and sold Bunny’s Bar.

He moved to Australia after the bar closed in 2008 but later returned to southern Spain.

“He never offended anyone, just ensured everyone had such a wonderful experience in both the audience and fellow acts alike. There was never a dull moment either on stage or backstage in the dressing rooms, the bar or the lounge.

“Our hearts go out with pure pride to Phil and Bunny’s family in England, along with all his friends here in Spain.”

The funeral will be held on Thursday, January 4 in Benalmadena.

The cortege will leave Bunny’s Bar at 12.30pm and then move on to the church in Bonanza square, where a service to celebrate his life will be held at 1pm.