Playing the name game: What your name says about you… 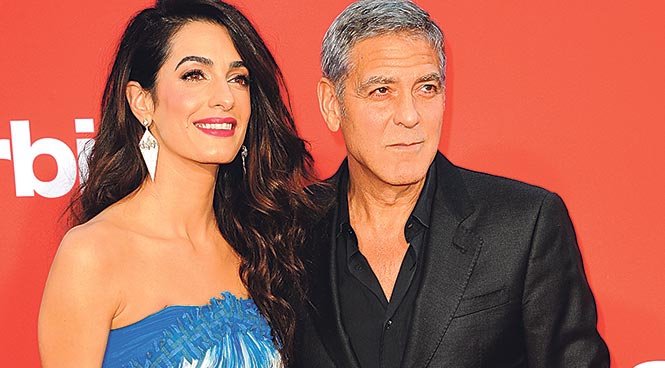 WHAT will fashionable babies be called in 2018?

Will slebs carry on giving kids daft names (Apple, Moon Unit etc) or follow the example of George and Amal Clooney with more traditional ones (Ella and Alexander)?

Whilst I’m all in favour of the Clooneys’ choice of names, let’s hope their kids don’t grow like their parents telling the rest of us what we should be doing, whilst they themselves live a life of wealth and privilege far away from the effects of the policies they espouse. You know how it usually goes: lots of trips to Africa, visiting broken-down schools and orphanages. Great photo opportunities all round!

When I was a girl, we were given girls’ names rather than the names of fruits, continents or the place where we were conceived. The world has changed and will doubtless change again before long.

Things have certainly changed in France where a baby was named ‘Jihad’ (‘holy war’). The chief prosecutor in France (which suffered Europe’s worst Islamist terror attacks in recent years) had to rule on the case after the couple’s name for their son was referred by authorities in Toulouse.

As for the UK, I’ve always had a weakness for great name combinations. Sue, for instance, who married a Mr Flay and Annette, a Mr Curtain (think about it!). I know someone who went to a school with a girl called Justine Bardon. So far, so good. Her mother remarried, taking the husband’s name: Case. She was known by all as Justine Case.

One morning, the headmistress announced to the whole school at assembly that Justine had won a prize. She declared, “And first prize goes to Justine … Bardon-Case”. She was never forgiven for making the kids miss the opportunity they’d all been waiting for…

Finally, there used to be a well-known printing firm in Belfast NI called ‘Reid and Wright’ and in Sligo a firm of solicitors called ‘Argue and Phibbs.’ Not to be outdone, there was also a policeman in the Bedfordshire force of the 1980’s called Robin Banks…