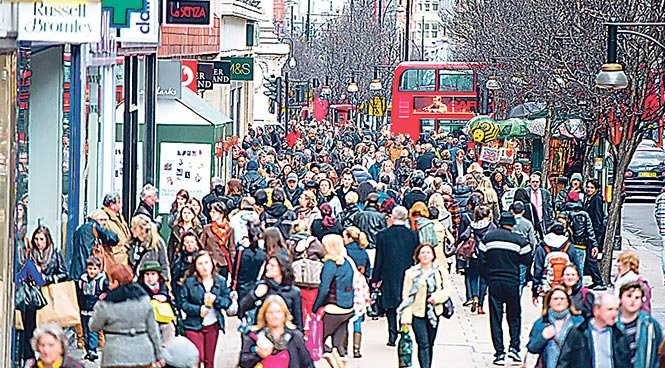 ONE thing I did learn on my recent London trip was not to engage an Uber driver in any political discussion.

In the main, most Uber employees are immigrants. True to any London taxi drivers form, they are, (or consider themselves to be!) experts on just about any subject you care to mention – with current affairs undoubtedly a favourite. The problem is, once they start they are difficult to stop.

In around a dozen journeys I found out more about Syria, Afghanistan, Iraq and their opinions of Saddam Hussein than any ‘Arab Spring’ discussions I’ve had since the criminal acts of Blair and Bush got us into it all. The open attitude of these cabbies rather sums up the feeling I got from most of London’s ethnic immigrant population. The majority are extremely upbeat (well they would be wouldnt they?).

From shop assistants to museum guides, I found them generally polite, enthusiastic, confident and certainly not backward in coming forward. In fact, while shopping in a local chemist, I remarked to my companion that we needed candles. Her light-hearted suggestion of buying ‘four candles,’ ala the Two Ronnie’s, bought a roar of laughter from the Pakistani assistant, who then proceeded to regale us with jokes from his favourite TV show, which happened to be Fawlty Towers – ‘I come from Barcelona’ he said ‘I know nothing’!

Unfortunately, this light-hearted attitude doesn’t extend to the Brits. Personally, I think the locals simply don’t know what’s hit them. To me, most of them appeared to be living under a cloud of doomy acceptance. And who can blame them? They have been battered by Brexit, paralysed by the politically correct brigade, fleeced of free speech, overwhelmed by immigration, ill-advised, and deprived of political leadership to the point of utter submission. They also appear to have relinquished to my mind one of their most endearing and strongest weapons, the wonderful British sense of humour.

Any attempt at a merry quip, particularly at shop assistants, is met by an icy glare of suspicion while they apparently try and work out whether you are being sexist or in some way abusive. The look I got when, purely by force of habit, I said thanks ‘love’ to a checkout girl (person!) had me looking back over my shoulder to see if she was dialling 999! Just how long can anyone go on living under these circumstances without something snapping?

Oddly enough, I actually do believe it could all still work, but not under this bunch of indecisive political pussies and certainly not under Corbyn’s fascist bunch. What they need is a Winnie or Thatcher. Strong decisive leadership. Someone to give the British a degree of optimism. A leader who can instil a national ambition to somehow succeed in this unprecedented diversity of existence they have been conned into by the incompetent self-centered politicians and luvvie brigade.

All in all I actually left the old country with a certain degree of sadness. The only thing that hadn’t changed was the weather! One thing I will miss however is the politeness. ‘Excuse me,’ ‘oops I’m sorry,’ ‘my fault’ and ‘after you’s’ were expressions one doesn’t hear quite as often as one should in the country of our choice!