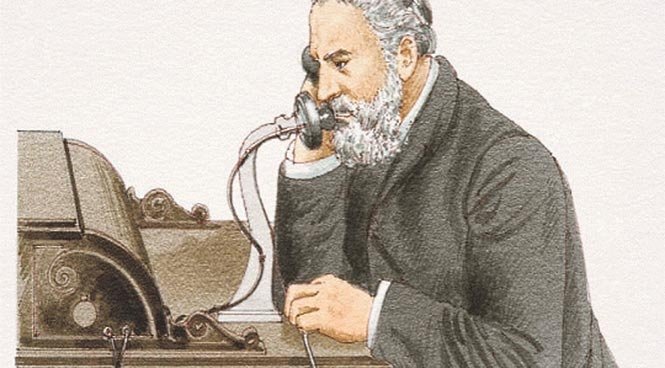 APPARENTLY it’s only those of us with a diminished shelf-life who still make actual telephone calls. Millennials in particular think calls are too intrusive, when a text will do nicely instead.

Today more than 35 per cent of our interactions are digital. Last year, for the first time, texting, tweeting and other social media, chat and other ‘indirect’ contacts overtook the traditional voice call.

Given what happens to us when calling, I’m not too surprised we’re finally backing away from a technology which was, after all, invented in an era when an instant message was one which reached its destination by Morse code in less than a week.

Actually call a company and there are receptionists who tell you to hold, then go away forever.  There’s piped music which sounds as though it’s being played through an electric razor and will put you off Vivaldi forever.

There are voicemail boxes because people don’t want to take your call, and people pretending to be voicemail boxes because they don’t want to take your call.   Telephones did make enormous inroads into our traditional communications.  One prominent businessman I knew sat tall and proud behind a desk rampant with telephones, six in all, each in a different colour. The idea, I assumed, was to lend dignity and importance.

But the effect was instead comic whenever a phone rang, as he scrabbled to pick up each one in turn to discover which of the six it was.

A friend once dialled a wrong number and was told so by the voice at the other end of the line.

“Are you sure?” asked my friend.

Quick as a flash came the reply: “Have I ever lied to you before?”

Another example of wrong-number repartee had a lady asking the answering voice: “Has June arrived yet?”

A pause, and then the droll reply: “No lady. I don’t know where you’re phoning from, but here it’s still May.”

If this purported telephone dialogue is true I’ll eat my non-existent directory:

“Oh … sorry to have troubled you with a wrong number.”

Ah yes, happy days, now heading for history. Today the telephone call is the new handwritten letter: an antediluvian remnant of a disappearing past as text becomes king, in whatever form.

And I love the contemporary cartoon of a helpful little lad taking the hand of an elderly lady on the street-corner as he says: “Would you like help texting while crossing the street?”

PHONING will soon be the one thing we don’t actually do with our phones, if the statistics are correct.

One survey shows millennials check their phones 150 times a day.  But there is a social downside: four in 10 admit they interact more with their smartphones than they do with their significant others, parents, friends, children or co-workers.

Most troubling of all is the enormous spike in loneliness among teenagers. Young people go out with their friends less than they did 10 years ago; they interact less face-to-face, and they get less sleep.

And when you really know things have changed? When you get an automatic call response like this one from my nephew: “You’ve reached [……..]. No one answers phone calls anymore, send me a text.”