How many pockets have been lined? 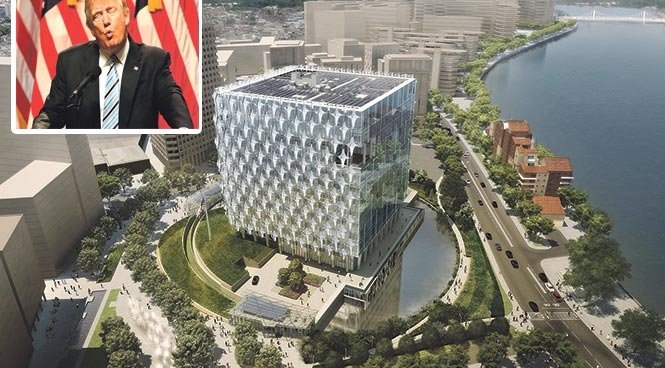 TO my mind, in theory, apart from his actual adjective use, last week’s statements of Donald Trump were absolutely correct. I reiterate a previous example of mine.

If I manage to build a mansion in a town of cardboard houses, I don’t invite all those that dwell in them up to my mansion. That would be tantamount to madness. What you in fact do, is try everything possible to assist those not so fortunate in building their own mansions.

Why should successful, functioning civilised societies be expected to take in large influxes of people from highly dysfunctional areas which are usually chaotic, often run by violent and uneducated despots and generally complete failures in democratic and economic affairs?

There is nothing racist about it. It’s sheer common sense. In general, large numbers of immigrants from these places do nothing positive for the recipient country, they simply begin to demolish the mansion.

“Why can’t we take in immigrants from places like Norway?” asked Mr Trump. Once again there is nothing racist in this remark. He simply means that it is more beneficial and constructive for a country to import people from successful modern communities. Nothing wrong with that. The problem is that most people from these countries are quite happy where they are, so not much joy there. Unfortunately Trump shouldn’t have cited poor beleaguered Haiti, but then he often opens his mouth before he puts his brain in gear.

And so, to the American Embassy furore. Once again Mr Trump is absolutely right. Despite the righteous indignation of Battersea’s local council and the reversed racism of Mayor Khan, the site of the new American embassy is not in the same prestigious area as its predecessor. A Grosvenor Square property in the middle of London’s Mayfair is far more desirable and worth a great deal more bucks than a similar construction south of the Thames.

Whether the new Embassy building is safer or more easily accessible is a different matter altogether; from a business point of view the deal has been a bad one. Lord only knows how many pockets have been lined, or palms greased in the whole ‘hand rubbing’ billion dollar operation.

Trump is above all a business man and whatever one thinks of him, he is CEO of one of the world’s largest corporations. Keeping his eye on the finances and business dealings of his ‘firm’ is both necessary, intelligent and indeed his duty. One thing that has certainly emerged from Trump’s statement is that it has given thousands of ‘talking heads’ the opportunity to state quite categorically and publicly, what many of them have been babbling for years! – I know, I know; me too. Ah well.