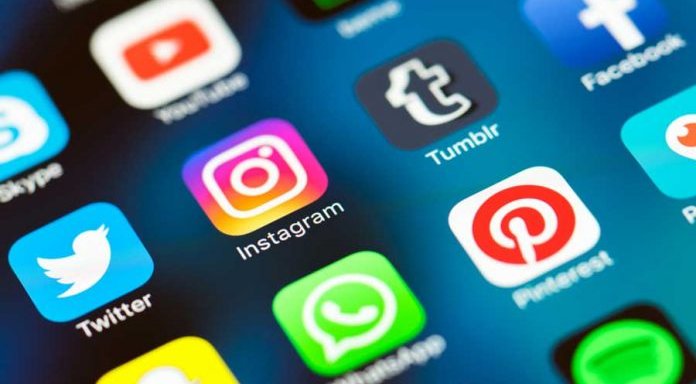 SOCIAL media’s a bit of a bombsite. If your accounts resemble mine, then they’re a patchwork of random likes and superfluous information that’s grown and grown to indecipherable levels.
Academics and social media users alike seem to agree that social media has an addictive quality that erodes people’s quality of life. Paul Levy, a researcher at Brighton University and author of ‘The Digital Inferno’ has said that: “We aren’t just taking in and sharing information – we are also sharing emotional news, the bad as well as the good. And that bad news can soon rub off on us and erode a positive day.”
Whether it’s checking your phone for the latest Twitter update before bed or fretting in anticipation for that next Facebook ‘like’ you get, most people wear their hearts on their router. More than that, some studies, such as those from the University of Michigan, speculate that a social media ‘hit’ explains the decline in drug use among millennials.
Social media is for all ages. That’s part of its perirenal quality that makes it almost strange not to have it. Every political campaign or single issue push has an account attached to its name. They’re incredibly easy to set-up.
Stop though, for a moment, and ask – what do you get from it?
There are three types of social media use. There’s the pure, and original intention of sharing your news and enjoying or responding to, the updates of others. Then there are the piles of news / things you like / assortment of accrued nonsense that you mindlessly scroll through with little purpose or enthusiasm. The third type is more odious: you’ve simply lost track of the former and latter and compulsively and habitually go on these programmes because you don’t know, or can’t imagine, life without them.
Everyone knows the infamous scene in ‘A Clockwork Orange’ where Alex is bound to a chair with his eyelids clinched open as he’s forced to endure a barrage of horrific imagery. It’s the ultimate cliche about conditioning, and while social media might not be torture, one has to ask what continual confrontation with negative information does to the soul.
It might be constant pressure to live up to the gauntlet thrown by friends (seemingly) doing better in their lives than you or news story after news story that just makes you sad. What good energy does any of this create, after a time?
There’s no quick solution. Changing and being more selective with your likes and follows may make matters worse. The consequence of any great purge is you can reform it in your image. Being presented and influenced by only the information you agree with, from only the sources you like, by only the authors who inspire you, is not a reflection of real-life and could box your thinking.
I’m no social scientist and probably not qualified to render an immediate or clinical diagnosis of what the long-term influences of social media are. Nevertheless, from personal experience, I can’t be alone in having become just a little too aware of just how ubiquitous useless or harmful information is on our social media.
After performing one such purge in the last week of old, harmful and useless information (including a few people), I’ve noticed a difference. Simultaneously I see a new level of disconnect from world events. Somehow I’m less special and feel less involved as if somehow previously I was ever shaping them at all by knowing what was going on. That’s the great thing about being able to leave comments online – you think you’re involved, but its an illusion. It’s merely the halfway house between social engagement and barstool philosophising.
On the hand, I feel strangely at ease. Less enveloped in real-time developments, often on the other side of the world, that had nothing to do with me whatsoever but were ‘news’. Curtailing that influence, needless updates from people I barely know, and carefully monitoring when I use my phone and devices have made me feel more relaxed and strangely energised. I read more, write more and feel more, not less, in control of my own life.
The happy compromise I’ve come to is a strict division of labour. Facebook is now exclusively for friends and family. A back to basics, occasional check-in and that’s that. My 30th, and the messages and good wishes I received made that clear and made it simpler. It’s for happy things, and happy pictures of pandas and penguins and that is that.
Twitter, by far the motorway of information anyway, is now for news and updates. The news app on my iPhone is idle for my daily check-in, and I feel informed not saturated. LinkedIn for my professional development and contacts, it was never a showcase for the latest salad someone ate.
I would be lying, though, if I said the habit of clicking and checking had disappeared. But I’ll say this: there’s already a benefit. A decluttering of what had become a social media mess was much needed, and I’d encourage you to do the same in the name of peace, and sanity.