Revenge is the sweetest thing 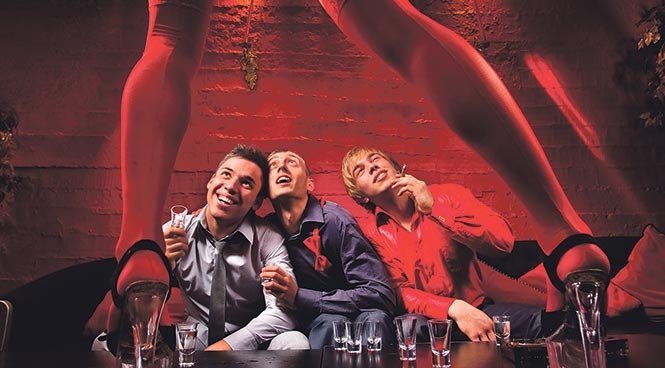 PLASTER DISASTER: What happens when a stag party goes too far?

Not being a particularly vengeful person, this so called ‘sweet’ act of retribution is not particularly high on my ‘to do’ list.

However, there are exceptions, and one example I heard recently certainly fits the bill. Our hero, in this intrepid Irish tale, was on the verge of getting married. He was a nurse by profession and most of his friends worked with him at the local hospital.

Just before the wedding, his colleagues organised a boozy stag do. The night was a rip-roaring success and the future groom, utterly inebriated, was taken home and passed out on his own sofa.

And this is when our devilish plot begins to thicken. In a pre-determined plan one of his ‘friends’ had raided hospital supplies and brought along all the paraphernalia needed to plaster up broken bones. With our hero duly out for the count, the party goers began their devious work. Careful not to disturb him, they plastered up one of his arms. And what a job they did of it.

Not only did they cover his whole arm, but they fitted one of those wire affairs that keeps the arm bent at the elbow and away from the body. They then all left, leaving him still out for the count and snoring peacefully. Early the next day his closest friend received a hysterical phone call. It was our (naturally) panic stricken hero, pleading to know what had occurred the night before.

After calming him down, the ‘friend’ then managed to convince him that toward the end of the evening, when he was blind drunk, he had fallen over and broken his arm. They had visited the local hospital, had him X-rayed and subsequently plastered up. He was to go back in six weeks to have it removed. With their victim, hardly able to remember anything at all, he finally accepted the story. Having no other choice, he then proceeded to carry on with the plans for his wedding the following day.  Thinking it was all still a great joke, the stag party jesters still didn’t let on.

On the morning of the wedding, still no one owned up. Subsequently they were then treated to our hero, walking up the aisle with his blushing bride on one arm and the other still uncomfortably stuck out in front of him! And still not one of the instigators said a word. Almost unbelievably, they actually let him, still blissfully unaware, have his reception and leave on his honeymoon. It wasn’t ‘til he returned that they finally let the cat out of the bag.

Naturally our beleaguered bridegroom went totally ape. Well you would wouldn’t you? For some weeks he didn’t even talk.  As time went by, he appeared to put it behind him. They all began to look forward to the next big event. The marriage of his closest friend. The one who had been the ringleader of the stag night plastering ‘joke’!

And on that juicy note, we’ll have to leave it all till next week. Don’t forget to tune in. The sweetest of revenge awaits.