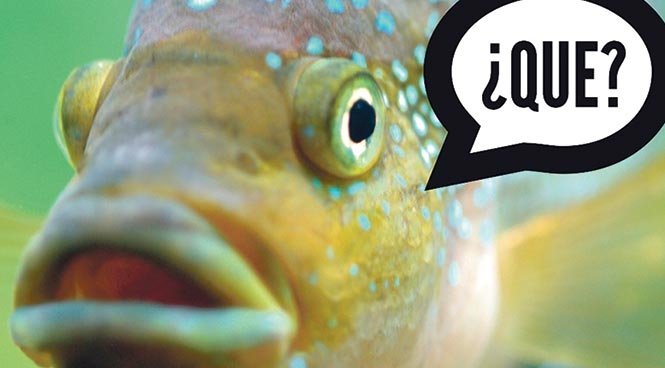 LAST week I emailed a helpful Spanish colleague and called him a horse.

Douglas Adams’ famous ‘Babel fish’ translator for every language in the universe (and the 5,000 or so here on Earth) is part of a hallowed sci-fi tradition, promising instant cross-culture communication. We’re actually not that far off, with Google’s new Pixel Buds which can translate between 40 languages – though one prominent reviewer has just called them ‘overpromised and undelivered,’ but it’s early days.

It all calls to mind that classic Monty Python sketch where a lost tourist brandishing a Serbo-Croat phrasebook tells a London bobby: “I want to fondle your buttock!”

Today we have better and buttock-free digital phrasebooks. There are truly amazing tech aids ranging from Google Translate, to the much-lauded new contender, DeepL Translator (https://www.deepl.com/translator).

When not rhapsodising about the latest techno-toys, I (mis-)translate for a living (no, not Spanish obviously, given the horse incident). That used to involve shelves of weighty reference tomes, and expensive calls to native speakers. Now it’s the click of a mouse, with digital reference works in profusion, and even the entire 20-volume Oxford English Dictionary takes up less space on my hard-drive than the average cat video.

Google Translate does of course have its limits, as I discovered when printing out its rendition of my illness symptoms for my non-English doctor. My few minutes of medical fame were the funniest thing she had read in ages and cabaret for her colleagues.

On a recent holiday in the Czech Republic I broke the language barrier, with my smartphone as an interpreter, passed back and forth as we each spoke phrases in one language and the phone read them back with reasonable clarity in the other.

However rudimentary machine translation still is at this early stage, it can never be as bad as that fabled ‘worst phrasebook ever’ written by the legendary Portuguese author Pedro Carolina back in 1883.

Untroubled by not being able to speak any English, he turned classic proverbs into wonderful gibberish:

Nothing some money, nothing of Swiss. He eat to coaches. A take is better than two you shall have. The stone as roll not heap up not foam. The dog that bark not bite.

And my favourite, whatever it may mean: to craunch a marmoset.

THE smartphone world is full of apps to help you across the linguistic divide, from the classic and free Google Translate which even has the hit-and-miss ability to translate a photo of foreign text.

There are more straightforward digital dictionaries than you could shake a Babel fish at. The free ones, like Reverso, are often every bit as good as their paid counterparts.

For entire chunks of translation, DeepL, mentioned earlier, is the new kid on the block. It in turn is based on a standby of word-and-phrase translation, Linguee in many main languages (try https://www.linguee.com/eng lish-spanish).

As the inimitable Pedro Carolina insisted: “It may be worth the acceptation of the studious persons, of which we dedicate him particularly.”

Couldn’t have put it better myself.