Back to the ‘norm’ this week! 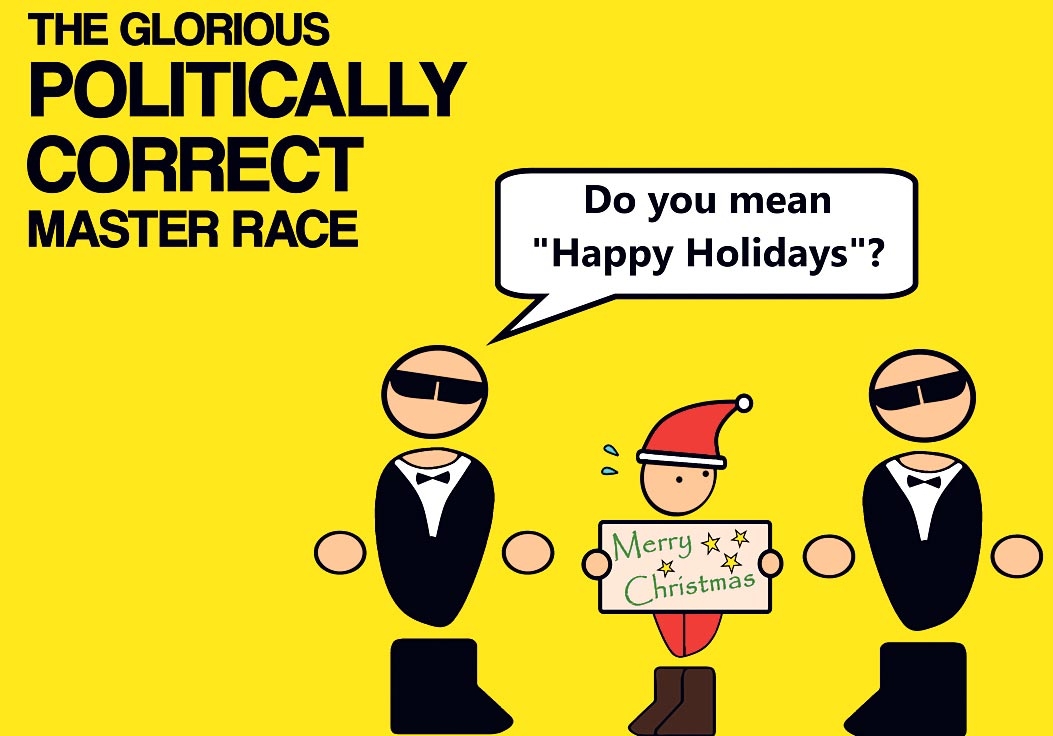 POLITICAL CORRECTNESS: Have we gone too far?

ONE thing I am heartily sick of are the increasing issues in today’s society that appear to somehow, cause ‘offence.’

Whinging snowflakes, the luvvy PC brigade and female libbers, who constantly inveigle us, seem to exhume more of this self-righteous, attention seeking pathetic claptrap every day.

Well, this week I’ve lined up a few of my own ‘dissents.’ And I have plenty!

Beginning with the recent TV commercial, which shows in full close up, two girls sticking their tongues down each other’s throats. Aware as I am of the voyeuristic attraction of this, and by no means against this depiction in the context of a story line, I object most strongly to this being presented as an advertising ‘norm’ in front of young, impressionable children in my front room. What about the media onslaught of sneering ungrateful foreigners telling us how the British should run the country?

The building of mosque after mosque, instigated by people from countries who don’t even accept the teaching of other religions, let alone the erection of buildings to worship them in.

The cruel bleeding to death of animals for Halal meat.

Being told how to discipline your children, usually by those who have none of their own.

Minorities being given undemocratic precedence over majorities, simply because they are minorities. Moves to change our time honoured, much loved fairy tales, because they are deemed sexist or encouragers of sexual abuse.

Children, who are already shy and confused, being forced to use ‘gender free’ toilets at schools.

The removal of centuries old important works of art, merely because they are considered offensive to a very small minority.

Unidentifiable people being allowed to walk among us masked and shrouded from head to foot. Being told by immigrants we should change our culture to accommodate theirs.

Benefit scroungers who consider their bone idle existence a ‘right.’

Authorities who, citing human rights, kowtow to the criminal perpetrators, while denying the rights of their victims.

Women who would like us to re-establish Victorian attitudes, which presumably would include the placing of skirts on the legs of grand pianos.

The term ‘Happy Holidays’ replacing the titles of our religious celebrations.

The ongoing, paedophile abuse cover ups of politicians and celebrities.

Being considered racist for uttering some incongruous trivial remark.

Objected to by individuals, who, by their extreme reactions, reveal themselves as the biggest racists of all.

Our appeasing, beleaguered police, afraid to react to the insults and disorder of ethnic minorities in case they get ‘upset’ or run riot.

The growth of ‘no go’ areas and Sharia courts.

And the biggest affront of all? Women who constantly gripe about men who never put the seat down! There you are. That should ‘offend’ just about everyone.