Celebrity Ghost Hunting in the First Dates Hotel – maybe not? 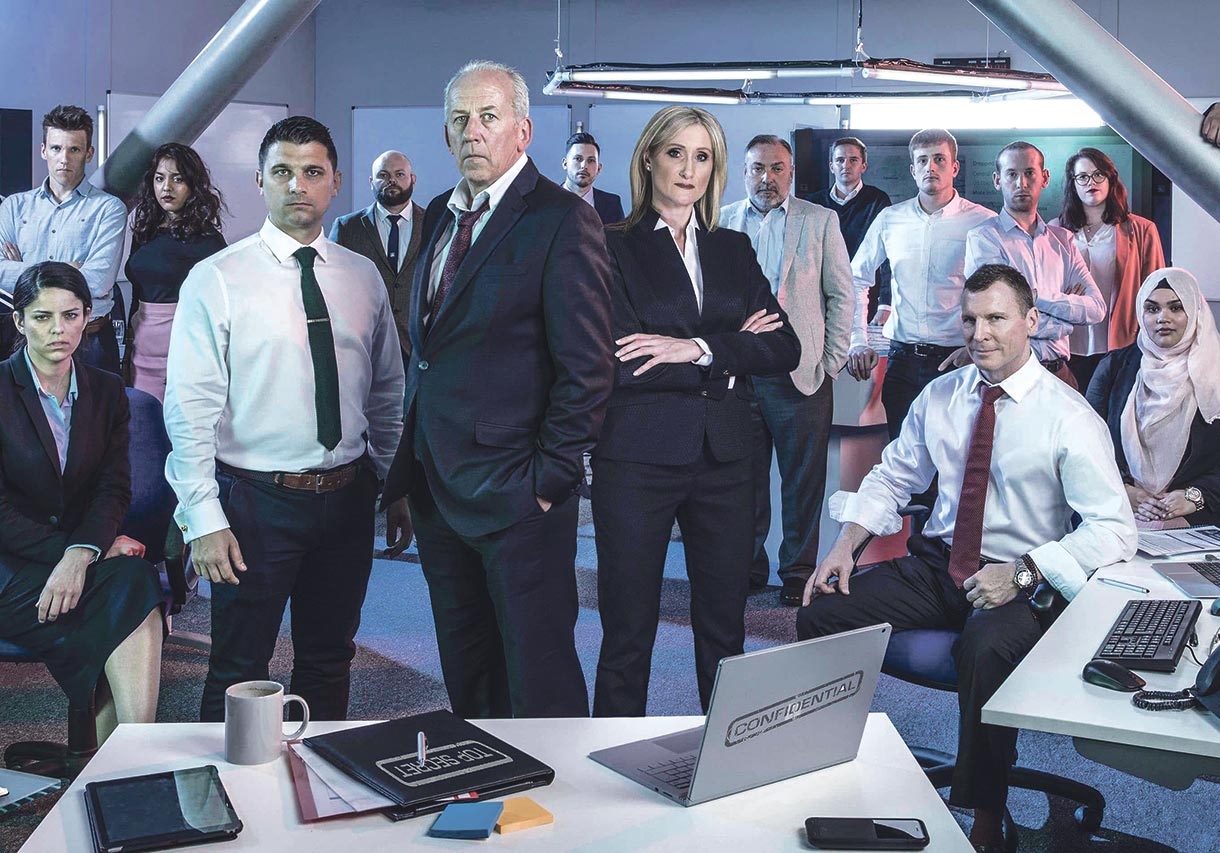 HUNTED: ‘Somehow draws you in.’

I THOUGHT this week I would stick to mainstream channels and delve into the world of some of the most watched shows in the UK – what could possibly go wrong?

Let’s start with Hunted (Channel 4, Thursdays). There is a £100,000 prize at stake, and if the hunted can evade capture by Chief Bleksely and his team, then the money is yours.

The hunters have CCTV, social media tracing, sniffer dogs, drones, number plate recognition and helicopters at their disposal, and yet not one of the hunted simply decamps to the cupboard under the stairs of a long lost Aunt and waits for the next set of instructions.

Surely we all know by now that using a mobile phone will give you away, don’t we? This is a simple show, evade capture and the money is yours. The answer is just as simple. Hide under Auntie’s stairs and you are halfway there.

My favourite Aunt wouldn’t enjoy hanging out with Rylan Clark-Neal as he guides minor celebrities on a Celebrity Ghost Hunt (Channel 5 – 5Star, Tuesdays). Let’s start with Rylan. If he’s going to look for ghosts the lad needs to eat something and gain a few pounds. His current frame is in danger of being blown over by a draught from an open window, never mind a paranormal happening. He should hold back on the fake tan too. Nobody other than my lovely friend Lindsay looks good covered with that amount of tan in a tube and Rylan, Linds is in Puerto Banus not Hever Castle in deepest Kent.

The celebrities include James ‘just call me Arg’ Argent of TOWIE fame (I use the word fame lightly), Georgia Harrison from Love Island and Sam Thompson – I’m struggling to remember why Sam is a celebrity; maybe it’s the handsome good looks, upper class accent and a certain show made in a posh London Borough? Made in South Shields doesn’t have the same ring, but Shields folk are just as nice as their Chelsea counterparts.

The ghosts are asked to reveal themselves by self-designated psychic Alex Gibbs. Alex is a close friend of Rylan. Alex is in no danger of being blown over by a gust of wind and has terrible dress sense. Rylan is adamant that nothing is staged and if that is true, our celebrity spook hunters do have something approaching a close encounter in each episode.

Rylan is reported to have been so frightened in one of the episodes he ran out of a room and straight into a wall. It was nothing to do with ghosts, he was running from the lunch buffet.

Despite an impromptu ghost hunt, there were no sightings at the First Dates Hotel which concluded its run on Channel 4 this week. Series two is on CH4 catch up. The real stars here are not the people looking for love but Fred and the other staff. That said, I was rooting for Nick and Lewis in the final show – two people who deserve each other.

Maitre d’ Fred Sirieix and the team deliver advice on romance and the occasional broken heart in a wonderful setting somewhere in southern Italy. The format is a little predictable but if you like the original First Dates make up, you will love this one… Happy viewing.