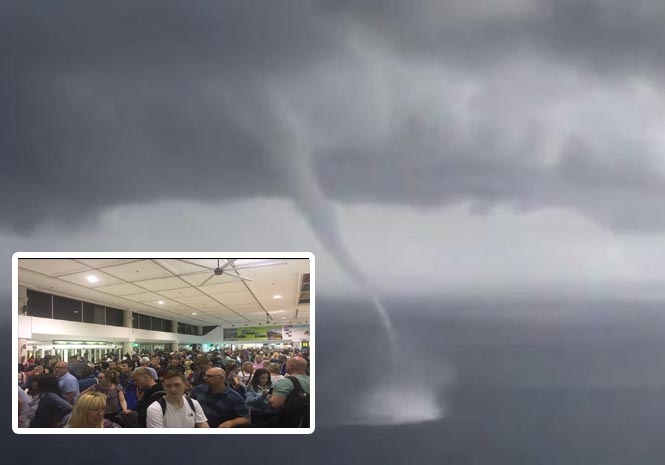 GROUNDED: (Inset) Thousands stuck after flights were cancelled due to bad weather

THOUSANDS of holidaymakers are trapped in the Canary Islands after a major storm forced airports to shut down.

The bad weather also sparked power outages, flooding and landslides with torrential rain and wind speeds of more than 110 kilometres per hour.

Both Tenerife’s main airports were closed for more than two hours yesterday, while more than 20 flights bound for Lanzarote were diverted to alternative locations including the Portugese island of Madeira and Marrakesh, Morocco.

Some La Palma were also affected, while around 1,000 passengers spent last night at Fuerteventura Airport after unscheduled flights landed there.

At least 70 flights have been affected in total, according to Spanish media.

Many frustrated travellers taking to social media to post images of the chaos and complain about the lack of information from airlines.

Live look in at Fuerteventura airport. Babies, pregnant women & pensioners sleeping on the floor. 14 hours & counting. No offer of a hotel/ferry/no access to our bags. Thomas Cook need to be hung out to dry for this. Absolutely disgusting. #thomascook #stranded @ThomasCookCares pic.twitter.com/0C6RaVhJmt

Snaps showed hundreds of people queuing and waiting in front of arrival and departure boards, while others slept wherever they could.

“No info, water, hotel or help from @Ryanair. No ideas if we’re going to get a flight today. We’re stranded.”

Kelly Hazel, a Tui customer who was due to fly from Lanzarote to London, wrote: “@TUIUK been at Lanzarote Airport since 4pm, flight has been cancelled to Gatwick, have not been given any food or drink and still waiting to hear where we are staying tonight. I’ve got a distressed 2 year old and no one knows how much longer we’ve got to wait around. Not happy.”

A Thomas Cook official told UK media: “Our customers’ safety is our number one priority and we are very sorry for the inconvenience this has caused.

“We are working hard to get customers to their final destinations today and we have published the new departure times for affected flights on our websites. We are also updating customers at the airport and in resort.”

And eight German tourists remain trapped on the isolated Masca Beach in Tenerife after climbing three hours down a steep ravine to access the beauty spot.

They alerted emergency services at 6.30pm last night but the conditions have made rescue attempts impossible.

Tenerife environment councillor Jose Antonio Valbuena said: “We hope that the sea gives us a break today, so that we can rescue the tourists from Masca by sea, but we haven’t ruled out using a helicopter.”

The stranded holidaymakers reportedly spent the night in a cave with a local shepherd.

In total, emergency services have attended more than 200 incidents so far, although no serious injuries have been reported.

The weather is expected to break slightly today before “intense rain and string winds” return on Wednesday, according to state weather office AEMET.

Many flights bound for the Canary Islands are diverting because of strong winds and heavy rain.https://t.co/R2VZsbqcUo pic.twitter.com/JvphNqopge 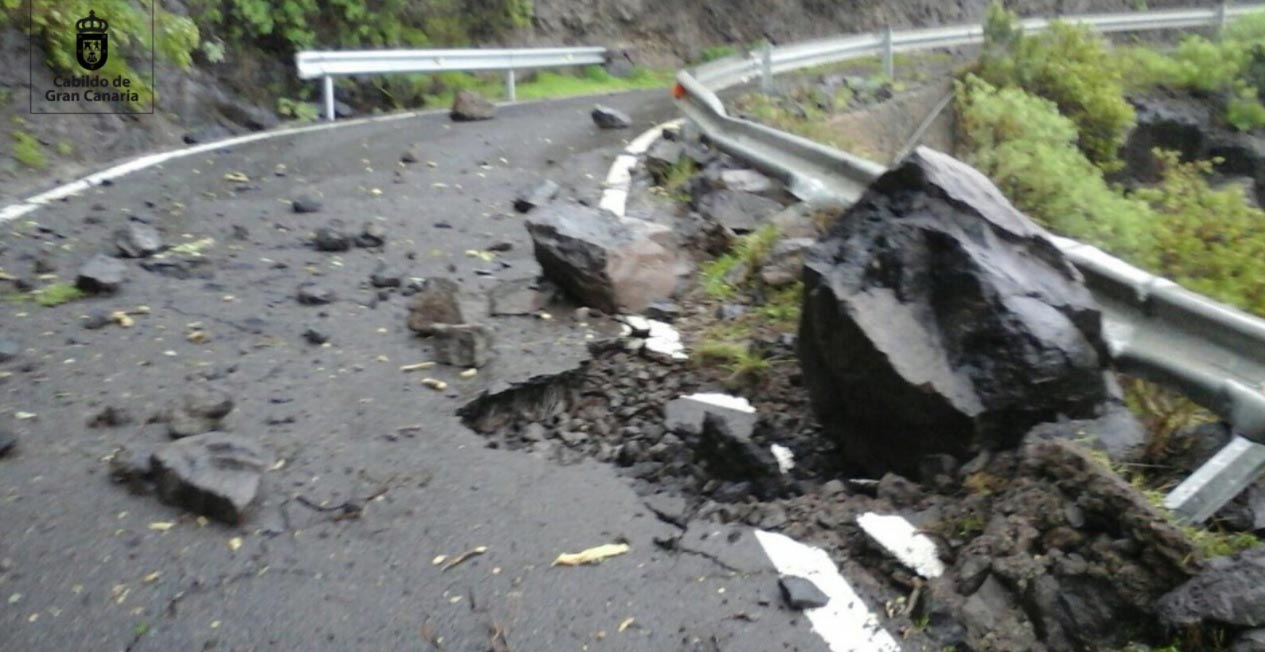 Storms have battered many parts of the Canary Islands