Charities on life support… but charity begins at home! 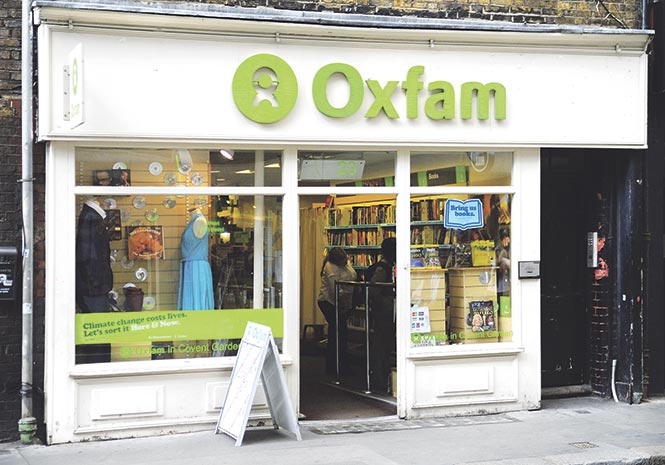 IN THE DOGHOUSE: Oxfam workers reportedly paid prostitutes with rice in Haiti.

THERE appears to be no let-up in allegations of misconduct by charity aid workers.

UN believes more than 600 women and children suffered sexual abuse and exploitation by its peacekeepers. Oxfam workers in Haiti reportedly paid teenage prostitutes with rice, aid staff swapped wheat for sex in Africa, while those in charge knew what was going on 10 years ago.

Infuriated supporters of Oxfam are already withdrawing their contributions. But is this missing the point? Abuse is rampant in all sectors, and all organisations (political parties, churches, schools, colleges, businesses) are inclined to nip in the bud reports of abuse in order to protect their reputations.

This encourages further abuse because perpetrators don’t fear repercussions and victims doubt they’ll be believed. What’s needed is an independent body to scrutinise all claims of abuse, safeguards and sanctions across the whole of society.

So, let’s support charities we trust – like Cudeca here on the Costa del Sol – and reduce the UK foreign aid budget so that it’s in line with other countries.

The Department for International Development (DfiD) now has a statutory requirement to spend 0.7 per cent of Britain’s gross national income on development aid annually. In 2016 this came to £13.3 billion! The appalling Oxfam scandal simply demonstrates how impossible it is for staff at DfiD to manage this huge amount of taxpayers’ money and ensure it’s properly spent.

British taxpayers are still sending financial aid to India, now one of the world’s fastest growing economies. They’re still sending money to Nigeria, the world’s sixth-largest oil producer, while we have such scandalous problems in need of funding at home…

Finally, many thanks to all of you who have purchased my crime thrillers (all profits to Costa del Sol Cudeca cancer charity) following my piece here two weeks ago. And keep those donations going to Cudeca!

Nora Johnson’s psychological crime thrillers ‘The Girl in the Red Dress,’ ‘No Way Back,’ ‘Landscape of Lies,’ ‘Retribution,’ ‘Soul Stealer,’ ‘The De Clerambault Code’ (www.nora-johnson.net) available from Amazon in paperback/eBook (€0.99;£0.99) and iBookstore.