The spectacular hungry ‘cover girl’ for my book! 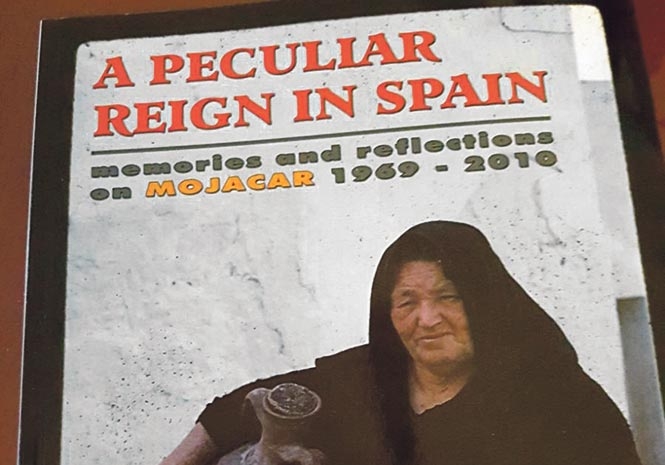 COVER STAR: Damiana - the lady on the front.

SHE never was a household name, probably not even in her own home, but she became the cover girl for my book.

You can see also that she is not unfashionable by today’s standards – in certain parts of London. In all honesty I didn’t know her well. She did agree to carry a water jug and let me photograph her once at the fountain below.

I met her when she worked at the big house where my brother lived. He employed quite a few people there but I could never figure out what each specifically did. They all seemed busy when I was around, moving furniture and carrying out rugs. It all followed some ancient ritual written down and learned by rote some thousand years ago I surmised.

After we have lived here for more than two months I suggested we go out for a night. My wife’s forehead curled and she frowned. Who could we leave our son with? There weren’t any other foreigners about and those in the village we really never knew. We thought and thought and finally I came up with the idea of one of the cleaning girls.

All she had to do was feed him, change him if needed and put him to sleep.  And we would be free to experience our first night out together – out on the worn and trod cobblestones of Mojacar village. Exciting stuff.

I don’t know why, but we selected Damiana. I had never heard her speak but had heard that she was a good witch and that seemed important to me. It was settled, I would pick her up at seven and return her before midnight.

Off we went not giving it another thought and back we were on time. Our caretaker said not a word but son Joby was crying heavily, out of character. I left and drove Damiana back who refused money and hastened away from me as quickly as she could get out of the rolling car. She made a mad dash into the night and was gone. I returned home.

Meanwhile our first born was still shrieking, kicking and fidgeting with his arms as if in a terrible stress. On the table were the three empty jars of baby food. “Well, maybe he ate too much”? I suggested.

Within a blink my wife replied, I only left two jars of food for him. She moved off to our bedroom where the suitcases were open and further baby food was on top. That drew immediate suspicion.

My wife then noticed that what she had left out for his consumption wasn’t in the empty jars on the table but rather a new selection had been made and consumed to the last drop.

I then explained Damiana’s unusual exit from the car when taking her home. Karen opened a new jar and son Joby wolfed it down and squirmed for more. Dilemma solved and not a word more was ever said about it to anyone – especially Damiana, who was obviously more hungry that night than our son.

Well, she’s the lady on the front cover.