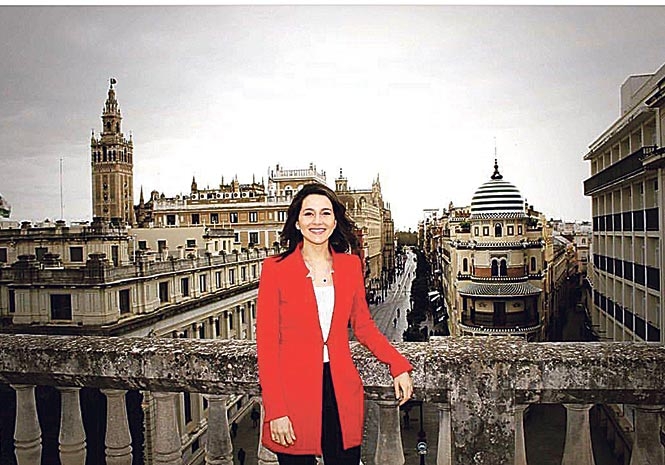 Even matters not directly related to Cataluña are influenced by it, for example the attraction of Ciudadanos (Cs) for the voting public.

Young, pretty and articulate Ines Arrimadas managed to make Cs the most voted party in the Catalan elections, but instead was outnumbered by the two pro-independence parties in the regional parliament.

Had the PSOE and above all the Partido Popular not nosedived, Cataluña would have a Ciudadanos-led parliament by now, but while the two main parties emerged badly, Cs soars above them outside Cataluña.

The PSOE is still sorting itself out following the October 2016 debacle but the PP are now running scared and planning strategies and tactics to win back the public. It could all be in vain.

The politically uncommitted, whose votes decide elections, resemble people who don’t understand art ‘but I know what I like.’

They don’t understand politics, but also know what they like and that, at present, appears to be Ciudadanos, Albert Rivera and Ines Arrimadas.

Accompaniment to a siren song

THE theory has been around for some time that the independence Proces was a smokescreen erected by CiU politicians to conceal corruption.

In a country where pots and kettles are equally black regarding corruption, this was a normal accusation. It was also a convenient theory for the PSOE with its ERE redundancy scandal in Andalucia and the Partido Popular with a list as long as your arm.

Of course there was corruption in Cataluña: think the Pujol family, think Artur Mas, think the juicy 3 per cent commission picked up on government contracts.

Of course the Proces towards independence deflected attention from corruption as endemic as Valencia’s or Madrid’s.

But it is wishful thinking to hope that the independence cause is only a magician’s sleight of hand, prompting the public to look in one direction while deceiving them with the other.

Separatism grew wings in 2012 during Mariano Rajoy’s first term in office when Madrid’s immobility, coupled with inflexibility and total lack of empathy, provided a perfect accompaniment to the siren song of independence.

Still on the sidelines

IÑIGO ERREJON is one of the Podemos founders but the party supreme Pablo Iglesias sidelined him a year ago. Errejon, too much of a challenge and toeing the party line with insufficient humility, was replaced as party spokesman by Irene Montero.

He is now visible again as he begins his campaign to dislodge the PP’s Cristina Cifuentes. as regional president.

And perhaps that’s why Podemos now lags behind the Cs, the PP and PSOE.

EURO MP Elena Valenciano would have been elected president of the Progressive Alliance of Socialists and Democrats inside the European Parliament.

Instead Pedro Sanchez vetoed the proposal with weasel words about ‘we want unity’ without specifying the identity of the ‘we.’

What he did not say, but everyone knew, was that Valenciano backed Sanchez’s arch-rival Susana Diaz in last year’s primaries.

In his bid to make himself invulnerable Sanchez considers that anyone not with him is against him. This policy is reinforcing his position inside the party but doing very little for the PSOE’s standing in the opinion polls and even less for his standing with women voters.