I am a woman 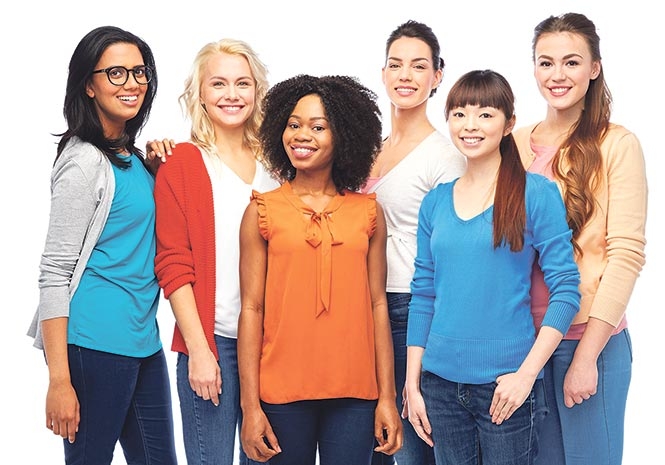 I am a woman

THIS piece was originally written by Jessica Paylor in Spanish on Facebook in the early hours of Wednesday of March 8. Here are excerpts of her post, which she kindly translated into English:

For starters, I define myself as a woman and I have always identified myself as such. This may be a surprise as I have always been called tomboy, lesbian, guy trapped in a woman’s body, and a long ongoing list.

Just because I swear like a sailor, hate putting on make-up or wearing heels and enjoy fully participating in sports doesn’t mean that I am any less of a woman than the woman who wakes up early to fix her hair (……….)

And here comes my feminist vein. No, I do not consider that a man is inferior to myself; or that ‘violence is a product of solely men.’ Yes, I do believe that if I do the same work, I WANT it to be recognised as such, and receive the same salary (…)

Usually, (AND NOTE THIS, it says USUALLY), a man is going to be physically stronger than a woman; and a woman is going to be more in touch with her feelings than a man. It’s called biology. It is NOT, however, discrimination.

(…..) A woman, however she may be, whatever race, religion, sexuality, or even if she’s ‘trans,’ just to name a few ‘categories,’ can dress how she may well please and that does not give ANYONE the right to ever lay a finger on her.

Obviously there are certain clothes, which invite the eye to look, but the same applies both for the woman showing a lot of cleavage and the individual who has put one too many socks in a certain place. BUT YOU DON’T TOUCH. (……)

Conclusion: Let’s begin with stopping with the fudging double standards, because before we can put up our lovely equality curtains let’s take a moment to consider the foundations we want to build upon. A fat guy can be with a very attractive girl, not only curvy girls can find love; and not every compliment is a form of harassment (…).  A man who cries isn’t less of a man; a woman isn’t less of a woman because she wears a suit. (…)

You can call me blonde, ‘guiri,’ bi, ‘opositora,’ fighter, fat, bossy, or even, woman but with that entire jumble of endless adjectives, containing both positive and negative labels which try to define only one thing as to what I am entirely, only one thing stands out completely. Above each and every one of those labels, I AM A PERSON.

And as such, THAT’S the reason one should go on strike: For equal treatment between PEOPLE. (…) It’s the bad people not the gender that have to change; there is no need for the constant ‘battle of the sexes.’ For once we should open our bloody eyes to the reality of spoken allegations and start recognising people based on their merits, without the need of having to check which genitalia that person may have.

So, speaking bluntly, let’s cut the crap, because we all bleed if we get cut. We all die if we get stabbed in the heart.