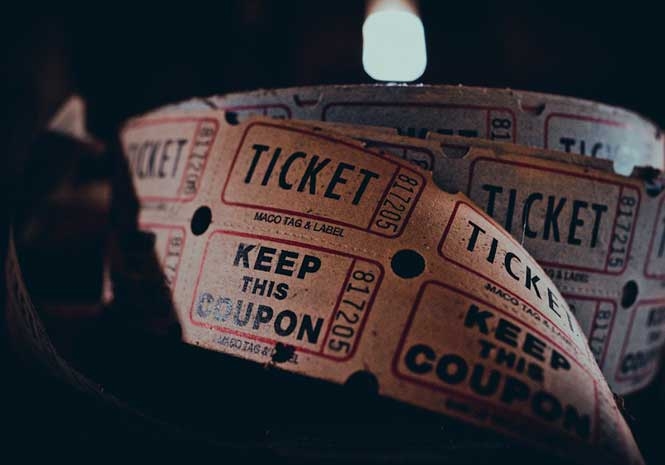 MOVIE MAGIC: A roll of tickets

RELEASED in 1981, Indiana Jones and the Raiders of the Lost Ark is one of the most culturally significant movies of all time.

The very first film in the globe-trotting action-adventure series, the Harrison Ford-starring vehicle is regarded as one of the best movies ever made, and it also grossed over $389 million dollars at the box office, which isn’t half bad for a movie made on an $18 million budget.

But Indiana Jones and the Raiders of the Lost Ark didn’t just make bank at the box office — it also cemented Harrison Ford, (director) Steven Spielberg and (writer) George Lucas as some of the great moviemakers of all time. The film has also had a huge impact on Hollywood and the media landscape overall.

Moviegoers fell in love with Indiana Jones in Raiders of the Lost Ark, loving his 1930s-set adventuring and the way that he uses his archaeology knowledge and his wit to get out of danger. So it was to be expected that a full franchise of films about his heroic antics would be created.

Altogether, the Indiana Jones movie franchise has made $1.9 billion and, with a fifth movie planned to release in 2020, that figure could skyrocket even more.

Indiana Jones’ cultural impact runs deep, with plenty of other movie makers (and other entertainment industries). The video game industry, in particular, has taken to Indiana Jones’ relic-hunting and globe-trotting antics.

Tomb Raider’s Lara Croft is often considered the ‘female Indiana Jones’ as she too is an archaeologist who has a knack for getting out of tricky situations and tackling supernatural foes as well. Nathan Drake, the hero of the Uncharted video game series, is also a daring archaeologist known for his fearless feats and he looks a bit like Indy as well! The influence isn’t just limited to console gaming; we’ve also seen like Book of Ra Deluxe slot game which transport players to Ancient Egypt, a setting full of artefacts, adventure and lore about pharaohs — and there’s even an intrepid researcher too.

Indiana Jones is such an inspiration, in fact, that the films led to an increase in archaeology courses being offered by universities and an increase in students taking them.

It’s not just Indy and his adventures that have made the movies a classic; it’s also the music. The soaring score that accompanies the movies is as iconic as the action that happens in them.

It’s partly why superfans of the series are delighted that there is also an Indiana Jones and the Raiders of the Lost Ark orchestra tour, which will see the Czech National Symphony Orchestra perform the music from the movies. Few films – especially action adventure movies – get their own music tours, making Raiders of the Lost Ark a rare exception in that regard.

Although the series is now over 40 years old, the popularity of the Indiana Jones franchise doesn’t seem to be waning whatsoever. It looks as though the franchise will be inspiring media, music, and people for many more years to come.