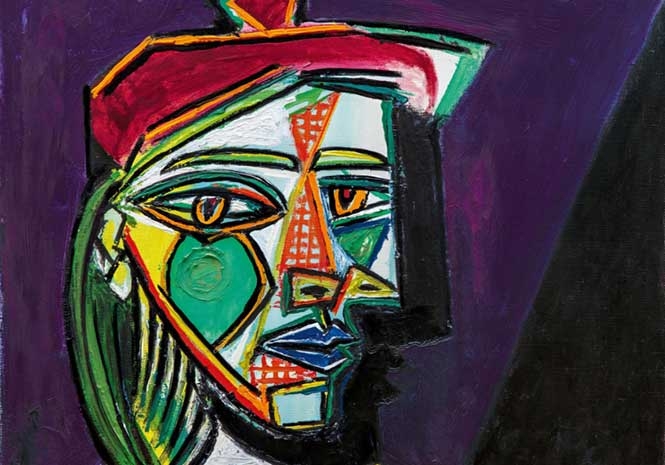 PABLO PICASSO led Sotheby’s London’s Impressionist and Modern Art and Surrealist Art auction in February and last week the most popular museum in London, the Tate Modern, opened Picasso’s Golden Year exhibition which focused on his creations of 1932. A year of two halves the first part dominated by his urgency to meet the deadline of his first major retrospective held in Paris in June 1932 at the Galeries George Petit.

Though this painting was created in 1937 the same year in whose final months saw his masterwork “Guernica”, which happily may be seen by Spaniard and visitor alike at the Museo Nacional Centro de Arte Reina Sofía in Madrid, regarded by most as the greatest anti-war statement in art.

In a decade of extraordinary significance many see echoes of the trajectory of that decade in the profuse and varied output of an artist who never seemed to stand still.

By 1932 Picasso was an established artist, famous, wealthy. tailored suits and chauffeur driven car attest to that as well as the Paris apartment and country chateau.

At a moment when some entertained the thought that Picasso was at his peak, perhaps even past it, he continued to search and discover. For an impoverished immigrant from Spain who would have blamed him for slowing and enjoying the fruits of his youth?

1932 was the year that Picasso is considered to have reinvented himself. Here he can be seen to be exploring surrealist distortion, painting and sculpture. 1932 also saw the start and development of his relationship with his muse Marie-Thérèse Walter, by 1935 his wife Olga Khokhlova had left him for the south of France.

The darkening clouds of war marked with the Spanish Civil War which began in 1935 and ended in 1939, with the rest of Europe engulfed in what came to be known as the Second World War months after its conclusion.

Picasso was a man of his times. As an artist his times cover the much of the 20th century.

The triumphs anxieties and tragedies the vast scope of his art continues to fascinate and attract.

For a determined collector a fascination that very occasionally may be satisfied by an acquisition.