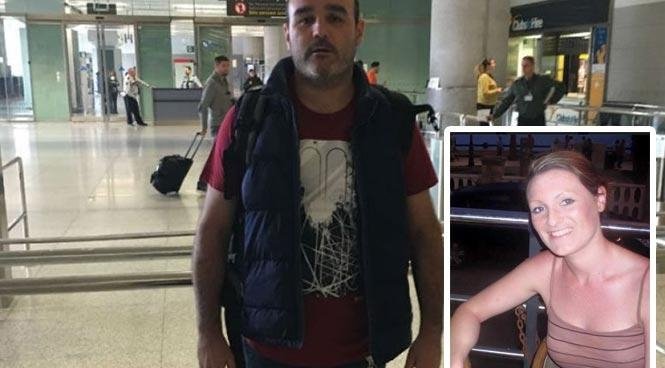 A FRESH appeal for information on the disappearance of Lisa Brown, from Scotland, has been launched on the Costa del Sol this morning (Friday).

The appeal is supported by the Foreign and Commonwealth Office and Spanish authorities and is backed up by a reward of up to £100,000 from the family, which is supported by UK charity Crimestoppers.

Also attending was the sub-delegate of the Government in Cadiz, Agustín Muñoz.

Craig Douglas, Ms Brown’s brother, said their family believes that there is a ‘wall of silence’ among the English-speaking community in southern Spain over his sister’s disappearance.

He said, “We are sure that people know what happened and ask them to think of a little boy who asks every night when his Mummy is coming home. We also hope that the reward might persuade people to tell us what happened.”

Roger Critchell, Crimestoppers Director of Operations, added, “The family are desperate to find out what happened to Lisa. We understand that people are not always willing to go to the police so we would urge them to contact Crimestoppers with 100 per cent anonymity through our phone line and our online form.”

British Ambassador Simon Manley said he hoped the launch of the appeal is effective.

“Citizen collaboration is essential in these kind of cases,” the Ambassador said.

“Cooperation between Spanish and British security forces is another key element, and both countries have an excellent relationship in this field.”

The reward will be paid out to any providing substantial information leading to the arrest and conviction of those responsible or results in identifying the whereabouts of the body. The reward will be valid for six months dating from today, March 23.

Last April Corner was freed from an Algeciras prison on bail but he reportedly broke the terms of his agreement by failing to present himself at a Costa del Sol police station last month.

Lisa’s sister Helen Jordan has appealed for help to track him down and said,  “We honestly can’t say we’re surprised but once again he’s on the run.

“The past few months we have worked tirelessly in the background and on receiving this news we will continue as always.

“If anyone has seen him or knows where he is please contact police or the Guardia Civil.”