Amazing hotels, singing and a touch of class 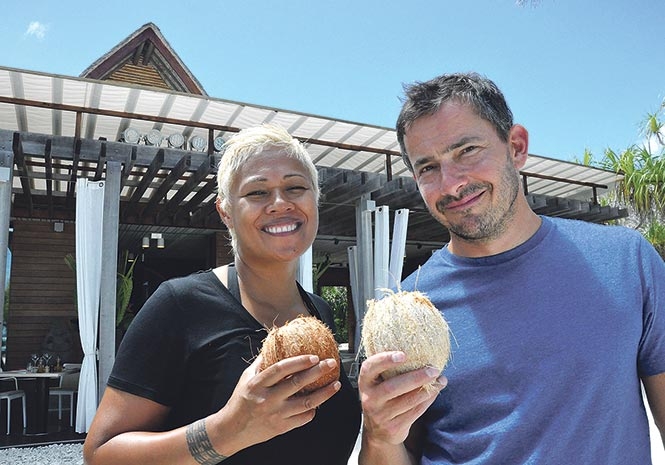 I HOPE that springtime has sprung wherever you are reading this.

I’m writing this week’s piece in the beautiful Boulevar Cafe in Estepona, with a view of the Mediterranean, silently praying that Jane McDonald doesn’t go by on a cruise somewhere or that her army of loyal fans don’t descend on my café con leche – I check with the owner, seems I’m fine, Jane is sailing around Cuba apparently – catch up with Jane on 5 SELECT, Monday if Jane, cruising and a bit of singing are your thing.

No cruise ships on BBC2 on Saturday evenings as Giles Coren and Monica Galetti guide us around some Amazing Hotels: Life Beyond the Lobby. Last week Giles and Monica were in Ireland, roaming around Ashford Castle. We learned that the castle, which is beautiful, was built over 800 years ago by the De Burgo family and more recently was home to the Guinness family.

What I like about this programme is that it does what it says on the tin. Yes, we get to see wonderful hotels, but also get a glimpse of what is going on beyond the showpiece guest experience – Giles hoovering the walls and Monica doing something with falcons.

If the chap cleaning and the lady covering the birds of prey segment doesn’t prove Auntie is committed to gender equality, I don’t know what would… Next time the Amazing Hotel is a former grain silo in Cape Town; Giles and Monica are tasked with cleaning the windows during the worst drought to hit the Cape for 100 years. It is a shame we can’t send over some of the rain that’s been falling across Spain over the last few weeks.

If you caught Picasso’s Last Stand on BBC2 last week you netted a gem. The show used his final years in the 1960’s as a hook for Sir John Richardson (Picasso’s biographer) to try to persuade us that Picasso produced some of his best work in his final years. I don’t need to be persuaded. Sir John elegantly made the case, through memories of Picasso’s family and friends, that although his final pieces weren’t universally welcomed at the time and are some of his most explicit work, his creative genius shone through. For a short while, you can make your own mind up via BBC iPlayer.

What did you make of The Real Full Monty: Live ITV on Wednesday night? I thought Alexander Armstrong and Ashley Banjo did a great job in pulling everything together whilst supporting the male celebrities to take everything off in front of a live audience in Sheffield. The stripping celebrities wanted to raise awareness of testicular and prostate cancer and I take my hat off to them all.

The personal stories were moving and made the show so much more than some of the pre-show headlines suggested. This wasn’t just someone who used to be in EastEnders and a rugby hunk getting their kit off, this was a prime time push to save lives.

A group of lady celebrities, supported again by Ashley, take a turn to do the same as the men and to raise breast cancer awareness tonight (Thursday) on ITV. Look out for Ruth Madoc in a Calendar Girls pose and Coleen Nolan showing the other ladies how it’s done.

I applaud everyone involved.