Passports are a hint of things to come 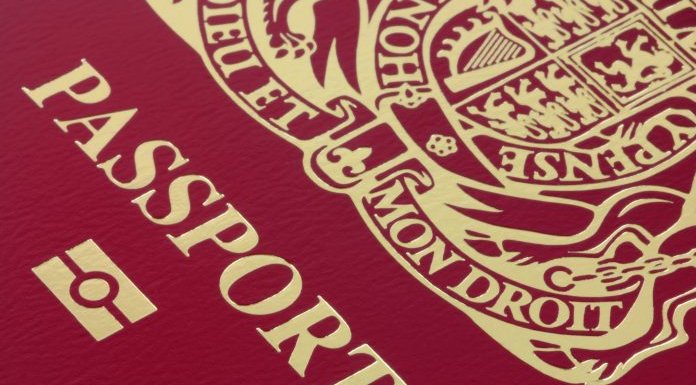 WITH little surprise, it turns out the ‘new’ blue British passports are now to be made by a Franco-Dutch company.
The irony can’t hit hard enough.
Lord Palmerston once spoke of Britain’s splendid isolation from Europe. In the 21st century, nothing could be further from the truth, no matter how much Brexiteers try to pretend otherwise.
So much ink has been spilt trying to explain why Brexit isn’t ludicrous that one begins to question their own sanity. It is, of course, was a democratic decision. At its constituent level, the four nations of the UK voted very differently (with Scotland and Northern Ireland electing to stay in the European Union).
That doesn’t abrogate the reality that Europe, both as a continent and a trading bloc, is still parked next door, and a huge amount of business is done with it to stay nothing of the number of people affected by all the subsequent decisions to the vote. One can decide to leave something, but it’s an entirely different matter as to the conditions of that exit and the democratic input into that decision.
British passports being made in Europe are not the first of refutations against the notion of Britain somehow ‘regaining’ its sovereignty. It suggests that Britons themselves are bound to the nation-state along with whatever the government of the day decides. To the contrary, we live in an impossibly interconnected world. Adam Smith spoke of an invisible hand in economics creating harmony out of self-interest. So true does it exist in life and supply and demand of what people, not governments, want.
The European industrial complex means there is a myriad of businesses on our doorstep that offers choice and a selection not always available in the UK. If British people want to go and live in these places, it might be difficult, or there might be terms and conditions, but it is unavoidable. No one is should have their freedom of movement restricted, it’s why its a fundamental right. We live, as Professor Philip Bobbitt said, in the age of the market-state, not the nation-state. You can make it more difficult, but you can’t stop businesses wanting to trade where suits them or people wanting to go where they want. That, as they say, is life. Or certainly life in the globalised world of the 21st Century.
Campaigns have no emerged to have the passports made in Britain. Made in Britain. The ludicrousness of that statement couldn’t be clearer. For decades, centuries even, Britain has done more to shape the modern trading world than perhaps any other country bar America. To be so parochial now, to place nationalism over practical necessity, is a cop-out.
And that’s Brexit. It’s just not logical, heck it’s not even one of the evasive characteristics of being British, to place nationalism over pragmatism. Why are people surprised that passports are being made in Europe? Next, there will be calls to ban Amazon, or Starbucks or anything not with a red, flag and blue sticker on it.
The world goes on, but there’s a harmful conflation emerging of patriotism, jingoism, democratic obfuscation and modern capitalism. To assume Brexit will synthesis these to produce a new consensus is, at present, a pipe dream of high order. People will still order from Amazon, still work and visit Europe and are highly unlikely to check the ‘made in’ stamp on their passport.