‘Two Brits’ questioned by police in Spain after boy, 10, killed in holiday hit-and-run 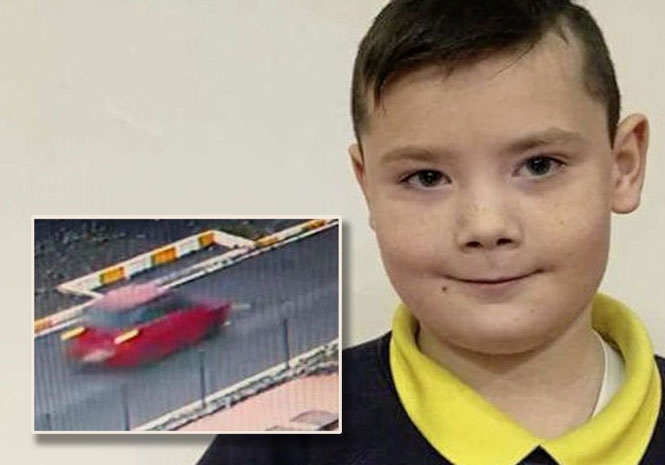 A TEN-YEAR-OLD schoolboy who was killed in a suspected hit-and-run accident while on a family holiday in Spain has been described as ‘a happy go lucky wee boy.’

Carter Carson, from Newtownabbey in County Antrim was on holiday with his father Stuart and his partner Claire when he was hit by a car in Tenerife in Spain’s Canary Islands.

The occupants of the red Alfa Romeo fled the scene and did not stop to offer assistance.

The little boy died from his injuries in the intensive care unit at hospital the following day.

In a statement Joanne Griffith, principal of Abbots Cross Primary School said, “The whole school community is deeply saddened by the sudden loss of one of our pupils, Carter Carson.

“Carter was a quiet, hardworking boy with lovely manners and a gentle, caring nature. He loved a game of football and was an enthusiastic member of our school running club and our football club.

“He was recently our star pupil of the month and no one had a bigger smile than Carter when he received his Star Pupil Award.

“Our thoughts and prayers are with Carter’s immediate and wider family circle and we, as a primary school family, will do all we can to support them and Carter’s many friends in school in the weeks and months ahead.

Friends of the Carson family have been raising money to pay for the repatriation and funeral costs. They have raised more than £12,300, way over the £3,000 target.

After launching a public appeal for information Spain’s Interior Minister confirmed yesterday two people have been arrested over the hit-and-run.

Respected Spanish news agency EFE say‘two, unnamed British men’ are being questioned by Spanish police over their involvement in the alleged hit-and-run incident.

They report that a second British man was arrested on Sunday after a first suspect was detained by Guardia Civil officers on Saturday.