Why it’s time for overseas MPs 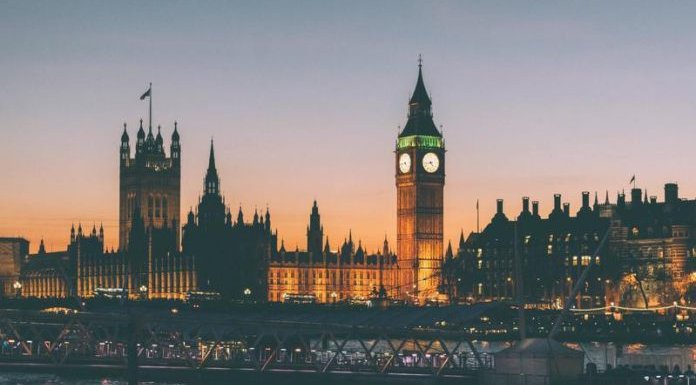 BRITS overseas are a curious bunch. For the folks back home it looks as if we’ve sailed away for sun, fortune and a better life. But that’s the cliche and prevailing stereotype of the ‘expat’.
British citizens abroad are, well, just that.
It’s impossible to categorise their motivation for leaving home, and it’s arrogant presumption to think to know if millions have left forever.
So why does the British electoral system act as if we have?
There can be very different reasons for living or working abroad. For some, it’s a permanent move or a retirement. For most, moving away is about work with a clear intention to return to Britain in the future. In either case, every UK national abroad has a right to vote in general elections for 15 years after the date they left the United Kingdom.
To do so, one must register with the address that you last had before you went away. This alone is remarkably tedious logic. Millions may end up voting in a constituency of which they have not visited, seen, or had a concern about in nearly two decades.
Yet Brexit has ably demonstrated that unless one renounces their British citizenship, the motherland is always over the shoulder. Political decisions taken by Her Majesty’s Government can have real and lasting consequences on the five million people who make up the British diaspora, and there’s little they can do about it beyond writing to and contacting their local Member of Parliament.
The situation generates numerous issues. MPs’ time is finite, but constituency issues are generally of a similar ilk. There are few opportunities to truly ‘make waves’ about particular problems unless they happen to affect a lot of people. Plant closures, public health concerns and environmental matters all gain traction, and can often generate national discussions.
In one constituency, there could be British expats registered to vote who are scattered across the world but share the same MP. Their regional concerns could very well be entirely different, complicated and require weeks of correspondence, investigation and work. Even if most expat issues usually fall under the umbrella of tax, pensions, healthcare or matters of jurisprudence, it’s ludicrous that up to five million people are not ‘clumped’ together so as to not waste the time of 650 Members of Parliament. The current system is not only unproductive but also denies British residents the complete focus of their taxpayer-funded representation.
UK nationals abroad in one region will nearly always have similar problems. The perennial issues caused by Brexit to Britons in Europe signify a seismic shift in how citizens overseas represent their interests. Would it not be more effectual to all concerned to have a dedicated number of ‘expat’ MPs who could campaign en masse with parliamentary questions, motions and debates?
The proposal is far from unprecedented. In France, there are 11 seats to represent the 2.5 million Français établis hors de France (citizens of France overseas). Their representatives not only play an active and decisive part in French politics but represent regional constituencies such as Northern and Southern Europe. To go one further, the French even have an Assemblée des Français de l’étranger, the Assembly of French Citizens Abroad, that represents all French citizens living outside France and advises the government on issues involving French nationals living outside France.
Macedonia also elects three out of 123 seats to represent overseas citizens from three constituencies (the Americas, Europe-Africa and Asia-Oceania). There are currently 23,782 registered voters outside of the country, up from about 7200 in 2011, when the three seats were established to stand in the Macedonian Assembly (Собрание на Република Македонија).
The Italian Parliament is also one of the few legislatures in the world to return seats for citizens residing abroad. The Overseas Constituency (Circoscrizione Estero) elects twelve representatives to the Chamber of Deputies and six to the Senate of the Republic from four electoral zones (including Europe).
Even in the United States, there are calls to introduce direct representation in Congress for nationals living abroad. The American Citizens Abroad organisations campaigns for the introduction of congressmen and senators for the 9 million US citizens worldwide because of “the special issues they face, the growing complexities of the global markets and the role that Americans overseas play in the competitiveness of the United States.”
It’s long overdue that the United Kingdom introduce Members of Parliament to represent a diaspora which has travelled far and wide but is still British. The introduction of Members of Parliament would, if nothing else,  reform a weak system – people do not have to vote, but if they do, then it would be for dedicated MPs to make their ballot more relevant and fair for residents of the UK.
What is clear is something much be done to redress the imbalance and a glaring electoral hole. British citizens, wherever they are, have a right to be heard, and while voting is an individual right, concerns are often shared.