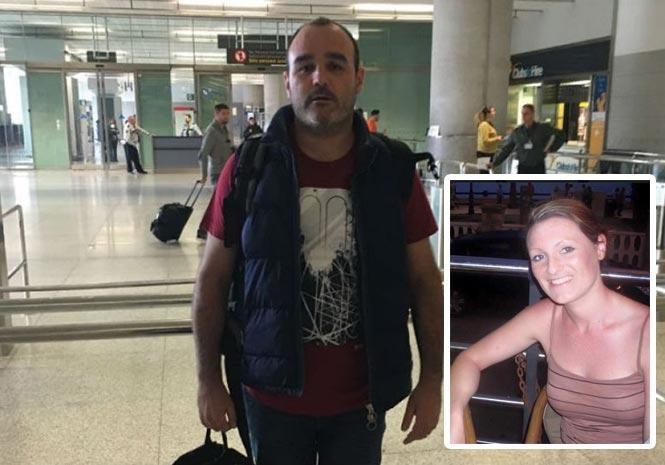 A JUDGE in Spain has sensationally shelved the case against prime suspect Simon Corner in the Lisa Brown murder case at the request of state prosecutors.

Judge Garcia Ramila said, “This court has serious doubts Simon Corner is the person responsible for the crimes of homicide or unlawful detention being investigated.”

The shock move means that 35-year-old Corner will not now be extradited to Spain and will be set free from the London prison cell where he has been held since his arrest last week at Heathrow Airport on a European Arrest Warrant.

In a ten-page written ruling, the judge insisted he was legally obliged to take into account the “lack of concrete proof” pointing towards Corner’s involvement in Lisa’s disappearance.

He also said he was taking into account the claim of a witness who insisted she saw the missing Scot on November 6, 2015.

Five other people who were under investigation on suspicion of obstruction of justice have also had their bail conditions lifted. by the same Spanish judge.

Last April Corner was freed from an Algeciras prison on bail but he reportedly broke the terms of his agreement by failing to present himself at a Costa del Sol police station last month.

Only last month a new appeal for information on the disappearance of Lisa was launched on the Costa del Sol.

The appeal was supported by the Foreign and Commonwealth Office and Spanish authorities and is backed up by a reward of up to £100,000 from the family.

Craig Douglas, Ms Brown’s brother, said their family believes that there is a ‘wall of silence’ among the English-speaking community in southern Spain over his sister’s disappearance.

He said, “We are sure that people know what happened and ask them to think of a little boy who asks every night when his Mummy is coming home. We also hope that the reward might persuade people to tell us what happened.”

The reward will be paid out to any providing substantial information leading to the arrest and conviction of those responsible or results in identifying the whereabouts of the body. The reward will be valid for six months dating from March 23, 2018.