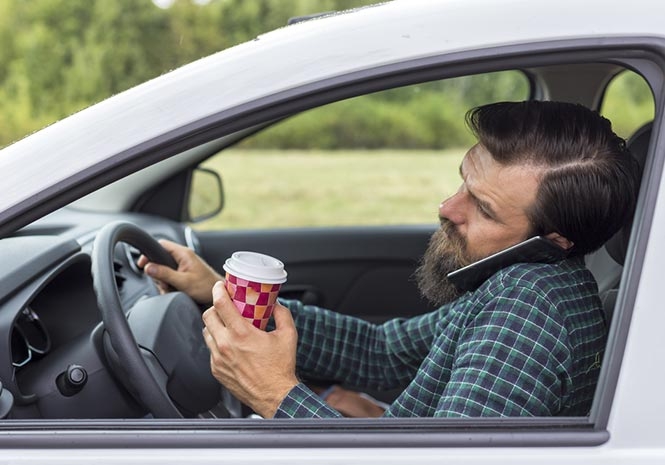 HERE’S a message for all people – mostly of the younger generation who walk along the street or in aisles of supermarkets or inside shopping centres – STOP STARING DOWN AT YOUR PHONE AND LOOK WHERE YOU ARE GOING!  What are you doing?

Three times in a matter of minutes today I had to take evasive action because people were just not looking where they were going and were about to walk straight into me. As usual, if you say anything, you get a volley of abuse or just a dirty look – not a ‘sorry’ or any kind of acknowledgement that they might be at fault.

The day came and went and no delivery so I went online to see where it was. I put in the tracking number which was 22 digits long and it said they had tried to deliver and nobody was in. Now I live in a community where there is someone on the entrance gate 24/7 except for the odd time when they do a little patrol or go to the loo and there’s always a note on the door saying back in 10 minutes.

So I called the company and after a while and after eventually finding an English-speaking operator and giving her the 22 digit tracking number – gawd knows why it has to be 22 digits – I was told that it was on the way. Anyway the next day the same thing happened. No delivery and the same note on tracking that nobody was at home.

I call again and explain there is always someone there and ask if they are they going to the right place. I also get an email from Amazon asking what I thought of the delivery, was I enjoying my new purchase and how would I score them. They got a one because there wasn’t a zero, and a note saying I couldn’t rate it yet as it had not been delivered.

I phoned again, the 22 digit number was given and I was told it would be delivered the next day.  Five days after the original date I got the parcel and when I checked online it told me that I had signed for it, which I hadn’t.