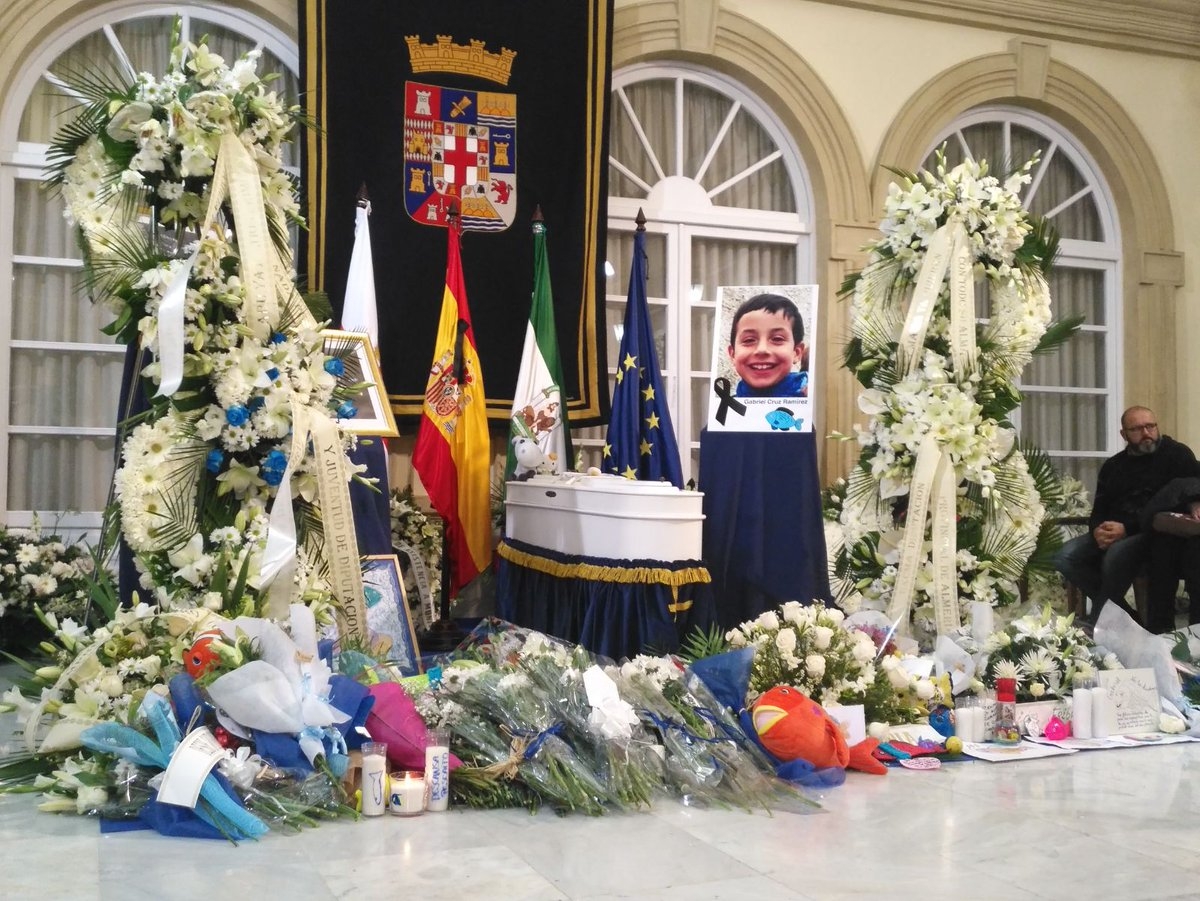 THE mother of Gabriel Cruz – the little boy from Almeria whose murder united Spain in tears – has marked Mother’s Day letter with an emotive letter to her son.

In the letter, published on Facebook and sent to media, Patricia Ramirez, said she wished she believed in miracles so she could have “one more minute” with him.

The eight-year-old was allegedly murdered by his father’s girlfriend – Ana Julia Quezada – on February 27, who is now in prison.

The mourning mother begins the letter by setting the scene. She wrote how as she listens to popular Spanish song, Gloria a ti (Glory to you), she suddenly remembered she now must live with her son’s memories.

“But there is a part of me that wishes to see you, listen to you and hear you, over there, in a miracle. God! I would like to believe in miracles and spend a minute with you, just one more minute”, she added.

Ramirez revealed she dreams about her son. She is “stunned” while observing him, remembering thousands of his expressions in just a few seconds, she penned.

“If I keep dreaming I can see your face and loving eyes”, she wrote before imagining what would happen if they saw each other again.

“I would hold you like a package in my arms and you would first speak to me, first sadly and then tell me you miss me and what you need me to do for you”.

The letter develops into a dialogue. Gabriel ‘confesses’ it was he who sent his beloved Portuguese man o’war sea creatures to the Almeria coastline as a sign to his mother that he was with her.

She expressed her wish to keep protecting her boy’s “eternal smile”, values, happiness and way of being.

“I am not alone…and there are many good people helping us”, she wrote to her son.

Closing the letter Ramirez wrote: “Tomorrow will be a good day, my boy…see you in our dreams”.

The investigation into the Gabriel Cruz´s death continues.