A-hunting we will go ‘down under’ 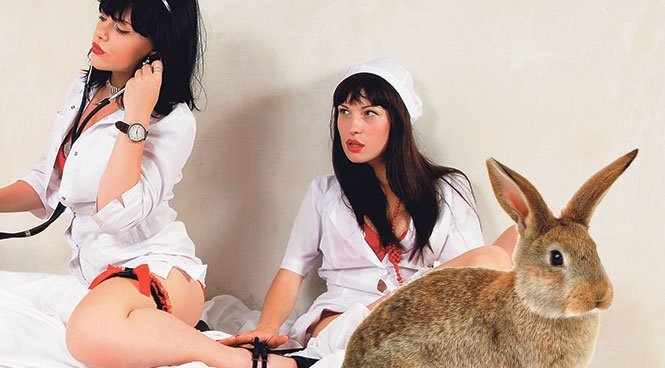 SO, there he stood.

Rick the Roo Boy, 6.30am, outside my hotel room, dangling some bewhiskered rodent up to the spy hole and asking ‘if I was ready?’

For those who missed last week’s introduction to this Australian saga, I was touring the great ‘down under’ and while appearing in Melbourne had recently mentioned in a radio interview that I had ‘yet to see a kangaroo.’ A local character had phoned in and offered to ‘show me all the kangaroos I wanted.’

I had completely forgotten the incident and suddenly here he was, at my hotel room, raring to go, about 10 minutes after I personally had actually staggered into bed! His broad Australian ‘rasp’ once more penetrated my befuddled senses.

“Come on Leapy,” he shouted through the door, “don’t wanna be late.

“Freddy the ferret here wants to get him a few rabbits.” What!? Having very little choice I fumbled with the door and as he burst in I turned and moved hastily to the bedroom, calling over my shoulder for him to take a seat and that ‘I wouldn’t be a minute’.

I shut the bedroom door and flopped down onto the bed. Oh my God, I thought, what am I going to do? Well one thing was for sure, if I was going ‘kangaroo hunting’ I wasn’t going on my own. Quickly downing a couple of ‘wake up’ pills, kindly donated by a couple of thoughtful young nurses, (who had only actually left around half an hour before!) I lifted the phone and began to ring around the group.

The first member, my drummer, didn’t answer at all. The next two mumbling musos blearily uttered hardly discernible ‘no ways,’ even under the threats of getting an early flight back to Blighty.

Mike, my guitarist was next. Mike was just a big old softy really and after extreme begging and pleading, plus the promise of a couple of ‘uppers,’ he finally, very reluctantly, agreed to accompany me on the ‘hunt.’

One hour later Mike, me, Rick the Roo Boy and Freddy the ferret were bouncing across the Australian outback in a jeep. We pulled up in the middle of nowhere. Rick leapt from the vehicle, clutching the wriggling Freddy in a sack and gleefully exclaiming that first, we were going to catch us a few rabbits for supper.

“Take these two clubs,” he enthused, “and go over and stand on that hillock. I’ll put Freddy down these burrows and when the rabbits pop out over there just hit ‘em over the head!”

Oh really! Mick and I, both utterly 60’s peace and love, further enhanced by the effects of the ‘uppers’ wandered reluctantly over to the distant, rabbit-holed mound, and just stood there, looking at each other. At that point those Australian rabbits were the safest animals on earth. There was no way in the world that either of us could have bashed their heads in as they emerged from the ground on that sunny morning.  So, there we stood and waited… And I’m afraid that’s what all of us will have to do ‘til I round it all off next week. Back to my old ‘telling it all as I see it’ soon. Promise.