Swipe left or right for love 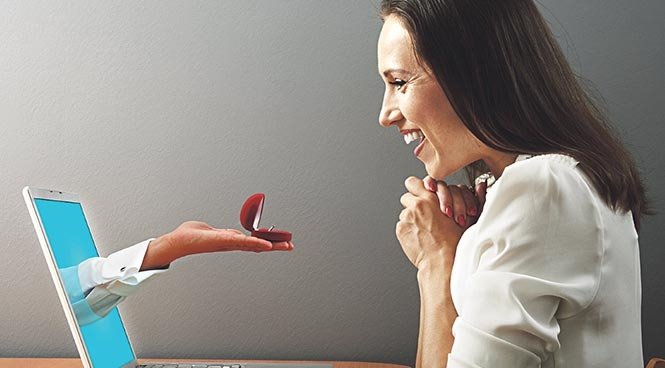 FINDING LOVE: ‘There’s an app for that’.

A LARGE and hairy friend recently tried his luck with an online dating site.

The first time they actually met he discovered that his soulmate lady-friend was an equally large and hairy man.

In a world where online dating now generates an astonishing €3 billion, 20 per cent of people admit they found their life partners online. As perhaps did another 20 per cent, but they’re too embarrassed to say so.

Online dating has revolutionised the age-old process of finding a mate. At least in the 40 per cent of the world which doesn’t believe in arranged marriages and yes, that statistic surprised me too. But as an Indian marriage broker I once interviewed explained so succinctly: ‘Westerners fall in love then marry. We marry and love follows.’

There’s a whole raft of jargon which means nothing to those of us whose dating dates back to a bygone era of dance-hall fumbles or simple serendipity.

‘Swiping left or right,’ for instance, will strike a chord with pretty much everyone below 40: it’s the hallowed process of initially accepting or rejecting a potential mate in hugely-popular dating apps like Tinder, Grindr or Bumble. Tinder is the world’s biggest dating app boasting 20 billion matches, Grindr is geared largely towards gay and bisexual men, and Bumble is female-focused, ‘where women make the first move.’ So there.

Dating agencies have actually thrived in the West since the 1960s, but with more singles in the world now than ever before, it took the evolution of social media to rocket it ever upwards.

It’s not without its pitfalls, and not just the risk of falling for another large and hairy man. Apparently 53 per cent of users lie in their online dating profiles, more men are searching than women, and the desirability of female candidates peaks at the age of 26 where men peak at 48.

A fifth of women surveyed on one site confessed to using (much!) younger photos of themselves, and two-fifths of men admitted to lying about their jobs.

And yes, let’s not beat about the bush, so to speak: lots of folks use online dating sites to find casual sex. A third of those women surveyed actually did the deed on their first online dating encounter.

I particularly relish what happened to one of the earliest online dating founders, a couple who laboured together long and hard to set up their site and then staged a trial run of the new system. It matched her with someone else, and she left him.