Joke in a lift that doesn’t go down well 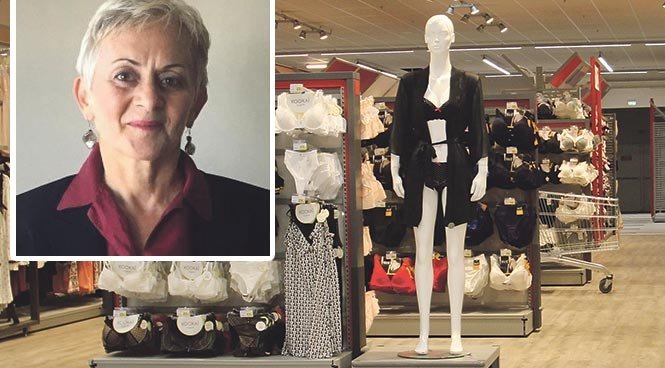 Heard about the sexism complaint recently filed at an academic conference in San Francisco? The one by Simona Sharoni, an American professor of women’s and gender studies, against Richard Ned Lebow, a British professor of international political theory who, when asked which floor he wanted in a lift, replied: ‘ladies’ lingerie.’

There are at least two issues here. First off, the daft victim status those like Professor Sharoni adopt. Secondly, the potential she has to cause Professor Lebow to face an investigation, possibly a tribunal and/or lose his job. The first is amusing material for satire. The second is serious and really quite alarming.

I’d be really keen to know which part of ‘ladies’ lingerie’ gave such pain and concern to super-snowflake Prof Sharoni? Was it ‘lingerie’? Is this an offensive word because it implies (maybe) flimsy, frilly sort of stuff? And because the Prof appeared to think this sort of thing was, generally speaking, for ladies? Or was the offensive word ‘ladies’? There are now zillions of genders, and I’m not sure that ‘lady’ is even one of them.

Whatever next! These silly women are throwing away the gains made over generations. No-one, man or woman, has a right not to be offended. And if you are offended by poor jokes, you have too little of real worth going on in your life. This culture in which everyone has to be a victim of something or someone is, psychologically speaking, very unhealthy. Those who genuinely have been victimised need support to survive and work through it, not useless pity. Most are victims of nothing more than the fact that to live in society requires compromises with others.

Will there ever be an end to absurdities like this? Is this the future when we’re all getting into driverless cars and asking robots to make us a cuppa? For any Just William fans amongst you out there, sometimes I just want to go the full Violet Elizabeth Bott, and queam and queam until I’m thick…