A Bishop, a curry and a huge amount of talent 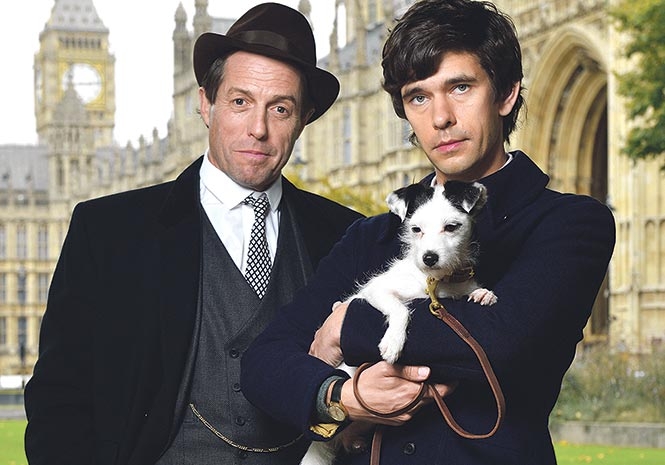 BRITAIN’S GOT TALENT finally reached its conclusion for season 12 over the weekend (ITV) with Lee ‘Lost Voice Guy’ crowned the winner.

Now it probably says a lot about me, but be honest, like me, were you initially unsure how to react to someone so confident, whose act is so different and who is so brilliantly funny? And Bishop Curry doing the intro as though God Himself would be watching, that was a Marmite moment.

Lee is a star.

I’m a Geordie, so Lee gets an automatic tick in the votes box and my brother is called Lee, so another tick, but the guy is also terrific and that’s surely what everyone saw and why he won.  I love that Lee wants to develop a Geordie accent for his voice, although the pronunciation of ‘New-cassel’ he currently has is probably good enough for most stottie eaters I know. Finally on BGT, I really wanted to like Robert White, but couldn’t.

He had some funny one liners – ‘I have Asperger’s, what does that say about me, compared to you, I’m more intelligent’ – brilliantly intelligent humour, but the digs at Amanda and to some degree David, just didn’t do it for me.

A Very English Scandal (BBC1) concluded on Sunday evening. You know I’m a fan of the show and the final episode didn’t disappoint. As this all too short series has moved along, I’ve become an even bigger fan of Monica Dolan who plays Thorpe’s devoted wife, Marion.

She has had some cracking one liners and the boil in the bag, cod in parsley sauce scene, is the stuff of TV legend. If you missed the series, you can catch up on BBC iPlayer.

One of Channel 5’s better Sunday offerings was The Unstoppable Flying Scotsman, which must have had stream and train addicts (I’m told they are not necessarily one and the same) on the edge of their seats. Of course there were lots of shots of the magnificent locomotive and Rob Bell (he’s an engineer and obvious Scotsman fan) did a smashing job guiding us through the sometimes turbulent story of perhaps the most famous train in the world. There are only two 60- minute episodes, so my advice is set a reminder and watch them both together, with a massive glass of your favourite tipple and an even bigger dose of nostalgia.

We are still with Sunday TV, but this will be brief. Where is the story going on The Handmaid’s Tale, Channel 4?  We know that season two doesn’t follow the book, because there is no season two storyline in the book, but I’m going off the dark rooms (someone just switch on a light, please) and the seemingly never-ending attempt to get to the Promised Land, in this case that would be Canada and I don’t mean the lovely shopping centre just off the A-7 on the Costa del Sol.

I have previously said I find this hard to watch, but it’s getting harder for all the wrong reasons.

Looking forward, BBC1 has the annual coverage of Trooping the Colour on Saturday morning if you need a top up of pageantry following the Royal Wedding; Channel 4 is in Spain looking for A Place in the Sun on Saturday afternoon and Versailles continues on BBC2 on Monday night – I will let you know what I make of the new series next week.