Border disorder: The Irish border remains an on-going problem even though no one wants one 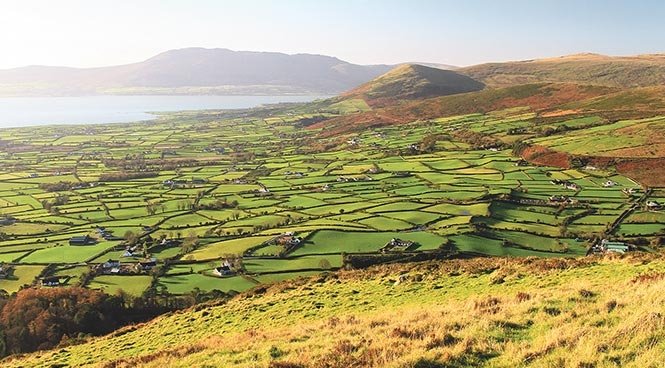 WHAT BORDER?: There is presently no infrastructure between the two jurisdictions on the island.

THE Bank of England’s chief economist says it’s possible to detect the mood of a country from the music it’s listening to on Spotify.

What should we be listening to at the moment, then? Billie Holiday singing Gloomy Sunday, aka the Hungarian Suicide song?

The ongoing Irish border problem, that I wrote about here recently, doesn’t help. Long story short, the UK doesn’t want a trade deal that aligns the UK and the EU both for customs and single market rules, but neither does it want any infrastructure along the Irish border. This is a contradictory position which the UK still hasn’t been able to resolve. Basically, there are only three possible solutions. 1) The UK remains in the single market and enters into a customs union with the EU. 2) The transition period is extended indefinitely. 3) There’s no withdrawal agreement, no transition period and no trade deal.

The City seems to be betting on BINO (Brexit In Name Only). Only problem is, there’s no ‘half-in, half-out’ option. As long as the UK doesn’t fully accept free movement we’re no longer eligible for membership of the single market.

The same goes for the customs union: there’s no half-way house. We’re fully in or fully out. Since the government wants the freedom not to apply the common external tariff, we’d be fully out.

At the moment I’d put my money on a fudge around option 2. However, things still remain uncertain – many feel the EU’s acting like a playground bully and it’s time we stood up to it. And the trouble with fudge is that it’s only sweet on first tasting. What lasts is the stickiness on the fingers and the cloying heaviness in the digestion. Incidentally, I have a recurrent childlike nightmare about missing my bus home from school. In psychobabble terms, I know what this relates to: fear of missing my imminent crime novel publishing deadline. I wonder if Theresa May also suffers from nightmares about missing a deadline (or two)?

Oh, and what are you listening to on Spotify?