Media blackout is what’s most worrying 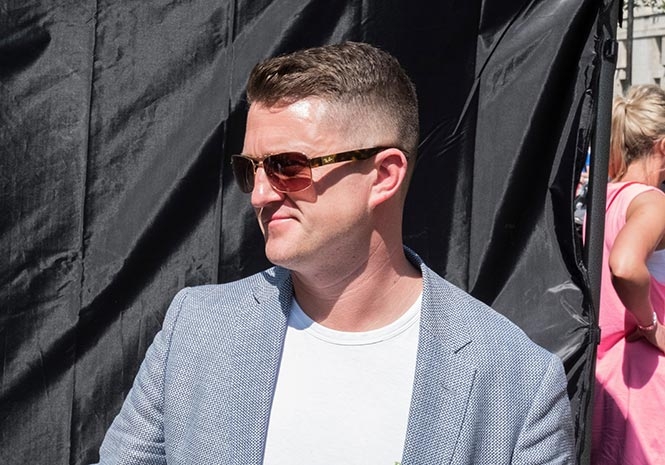 I DON’T think the position of British politicians could have been demonstrated more clearly than their actions concerning two situations that arose in London recently.

On one side of the city a man was being arrested outside the law courts (under some weak excuse of a past contempt charge), for talking on his telephone about a paedophile grooming case being heard inside; while in another part of the city, hooded Islamists, marching with megaphones and spouting anti British propaganda, were being given a police escort!

The one glaringly obvious fact that emerges from these two occurrences is that something is clearly not right. The arrest of Tommy Robinson was a disgraceful act of politically motivated injustice. A decision that should send shivers up the spines of all decent people who believe in the free speech and the democratic society our forefathers fought and died for.

When this man Tommy Robinson first appeared on the scene, I didn’t particularly like him, or the far-right policies he appeared to stand for. In those days it was relatively easy for the government and law enforcers to write him off as a fascist yobbo.

But over the years things have changed. The man has now earned a far more acceptable cloak of respectability. He has appeared on a number of serious political discussions in the media. His views on rape gangs, sharia courts, no go areas and Islamic appeasement, that were at one time dismissed as ‘racist propaganda,’ are now coming to pass and a large and rapidly growing section of the British public are finally beginning to sit up and listen.

In their usual ‘out of touch’ manner the authorities thought that it would all blow over if they simply locked him up and put him out of sight and out of mind. Well this time they have made what could turn out to be an extremely serious mistake. They reckoned without the social media. The gagging orders they arrogantly put on all events that could ‘cause embarrassment,’ (or worse), simply don’t work any more, and this latest was no exception.

Despite their efforts to suppress information thousands of people turned out, not only in London, but in many major cities across the world; they actually stormed Downing Street!

All of them calling for the release of this man and the injustice of his arrest. At the time of writing half a million people have signed a petition with the same message. It would take a brave or extremely stupid politician to label all these people knuckle dragging right wing bigots. The most worrying, and indeed insulting aspect of all, is the media blackout.

This is a blatant dictatorial attempt to suppress our most precious freedom of all. Our right to free speech. Millions of decent people are, at the moment, either worried or utterly peed off with it all. Heaven help our leaders if this worry turns to serious anger.  Let us hope no harm comes to Tommy Robinson in prison, particularly from an Islamic extremist. In this event, he could turn into the catalyst which triggers off the scenario this ol’ boy has also been warning of for the last 25 years.