They do things differently 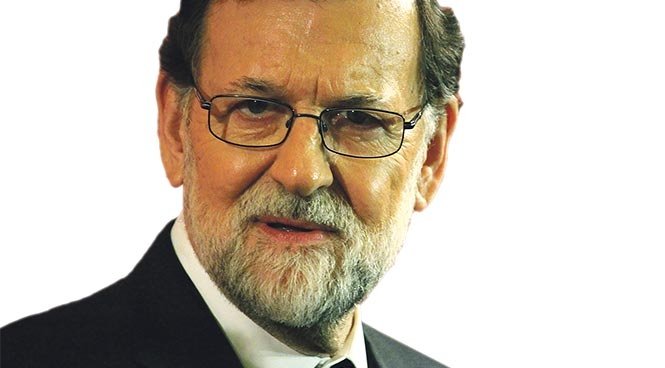 PROBLEMS AHOY: Mariano Rajoy’s past might come back to haunt him.

MARIANO RAJOY and the Partido Popular are on the skids, but Spain’s president is in denial and unblushingly proclaimed that Eduardo Zaplana’s €10 millions’ worth of kickbacks on government contracts was an ‘isolated case.’

That was a few hours before the Gurtel sentences were announced: 51 years and 11 months for businessman Francisco Correa, the German version of whose name gave the case its name.

Thirty-three years and four months for Luis Barcenas, the former Partido Popular treasurer who oversaw the illegal funding of the party and hived off millions for himself.

And so on down the list of PP politicians who were on the make and on the take.

Then came the triple whammy when the National High Court said that the PP’s Caja B – a black money cashbox – and its parallel bookkeeping had existed since 1989 at least.

The party, aware that it is holed not only beneath the waterline but above it too, maintains that this happened in the past and has nothing to do with the present-day party.

“The past is a foreign country, they do things differently there,” it’s said, and that’s what Rajoy and his government are trying to tell us now.  But Spain is still the same country and nothing is done differently.

Return of the boomerang

MARIANO RAJOY’S disastrous inaction over the Catalan problem and his insistence on dealing with it as a judicial, not a political, issue has ricocheted.

Carles Puigdement, the self-exiled former president of Cataluña is safe and sound in Berlin because the German courts take a different view of what constitutes rebellion and sedition. Spain might eventually get him for misappropriation of public funds – money is a judicial common denominator everywhere – but even that’s not certain.

And all along, once the PP’s illegal funding and the dirty Gurtel washing were displayed for all to see, Rajoy insisted that the courts would see that justice was done. And they have.

Unfortunately for the Partido Popular, the party was not exonerated but accused of institutional corruption and some big political names are in jail or on the point of going there.

Rajoy’s go-to solution has done him no favours and his insistence on leaving the judiciary to do his dirty work means his boomerang keeps coming back with calamitous results.

WHEN everyone in Spain was appalled after the Gurtel corruption case broke and the then-king’s son-in-law was found siphoning off the taxpayer’s money, they were less aware of what was simmering in Cataluña.

Once Cataluña grabbed everybody’s attention they stopped looking at corruption.

More recently the public lifted its hands in righteous horror on learning that Pablo Iglesias and Irene Montero have bought a €670,000 villa on a €540,000 mortgage.

Meanwhile they temporarily forgot about Cataluña, corruption and the Galapagar house and concentrated on Pedro Sanchez’s censure motion against Mariano Rajoy, but only briefly.

In politics there’s no hiding place for long and soon it’s time to come under public scrutiny once more – like a merry-go-round but less fun than La Ronde. Instead it’s a case of what goes around, comes around.

IT’S hard to keep up with the names involved in the Catalan situation.

The Speaker of the Catalan parliament answers to Torrent and the regional president’s surname is Torra while secessionist MPs Turull and Rull are currently remanded.

What’s in a name? Potential confusion.