Spring into Summer with Hay fever potions and pills 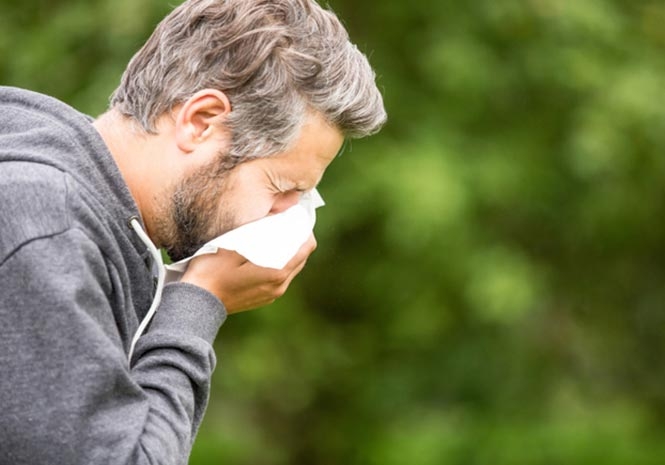 The glorious early summer sunshine belies the horrid spring we have had. Usually by late April I can stand on six daisies simultaneously under one foot and I know that Spring has arrived. This year though it was the 1st of June before I found a patch of daisies thick enough to call it spring.

The ground has been that cold till very lately what with beats from the East and repeated doses of snow and continuing winds from the North. The consequence for birds and insects is that all has been delayed and the garden in early June has entertained fledgling birds on their early forays that more usually takes place in March or April. Meanwhile as far as the trees grasses and I are concerned the pollen has all arrived at once! These last weeks everything seems to be trying to catch up months and weeks compressed into apparently the last ten days.

Looking in on the Queen’s Birthday Parade followed by the fly past of the RAF jets no one mentioned the pollen. Though much else was remarked upon Ladies hats , Red Coats and Bearskins of course as well as horses carriages and cheering crowds.

I am usually fully prepared with pills and potions for the onset of the hay fever season. Sprays and eye drops to hand ever ready to deploy in my own defence. From Easter onwards I am prepared for the arrival of the season that straddles Spring and Summer. No surprise it seems that more people have been affected this season than last.

The reaction of those fortunate enough to be unaffected varies from indifference through sympathy to outright hilarity. A hilarity caused apparently by the severe effects of an invisible invader of some else’s nose. I am not without sympathy for their apparently unfeeling reaction, it is indeed rather odd the severe effects that a small grain of pollen has on me. Even though each of these small grains arrives in serried ranks each as potent and malignant as the last.

More oddly still even though hay fever can have such negative effects on me, I do actively enjoy the scent of two particularly lethal perfumed plants, Jasmine and Honeysuckle. I just have to be prepared. In which case I may be surrounded by gardens and even parks of flowers and enjoy them to the full.