Sidling in through back door 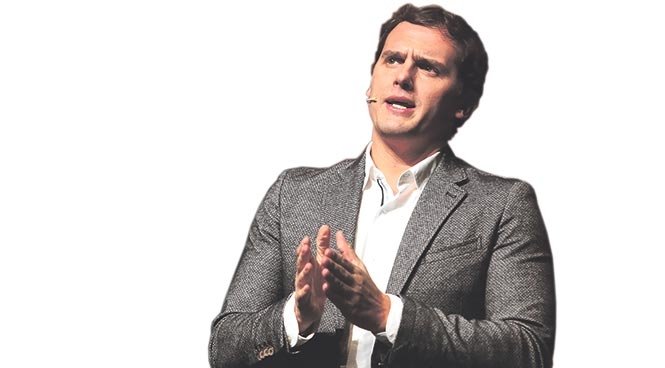 PEDRO SANCHEZ, Spain’s latest president, immediately took advantage of the Partido Popular’s disarray following the Gurtel verdicts by calling for a vote of no confidence in Mariano Rajoy.

That it succeeded, thanks to Podemos, the Basque nationalists and the Catalan secessionists flummoxed everyone. The motion had little chance of prospering and everybody said Sanchez should have gone along with a general election, but that was the last thing he wanted.

Sanchez only entered the national parliament in 2009 and 2013 by default when others ahead of him on the PSOE voting list renounced their seats.

As party leader he led the party to its worst-ever defeats in 2015 and 2016 and has consistently repelled PSOE voters although not the paid-up party members who twice handed him the primaries.

That’s why Sanchez, who looks so imposing but has until now sounded so unconvincing, couldn’t risk a general election.

He has sidled into the Moncloa palace through the back door on a vote of no but would he have won a general election? Not an earthly.

THE Spanish nationalists, who can be found in all of Spain’s political parties, were not happy that Pedro Sanchez accepted the support of the Catalan secessionists to become president.

They were even less happy that he promised dialogue or – heaven forbid – negotiation. It’s not accidental that Catalan secessionism began to gather momentum once Rajoy became president in 2011 and instead of seeking a political solution turned the problem into a colossal court case.

Dialogue and consensus are the only way out of the Catalan labyrinth and these are what Sanchez is promising.

His work will be cut out for him, with only 85 PSOE MPs in the national parliament, but at least things can’t get any worse in Cataluña than they were with Rajoy.

Faces that said it all

SOON-TO-BE-FATHER Pablo Iglesias, he of the €600,000 pad, looked ecstatic on June 1 when Rajoy was given his marching orders, but is already throwing a wobbler.

Sanchez, who intends to govern alone, has not brought Podemos into the government and Iglesias warned: “If we aren’t partners, we’re the Opposition.”

Felipe VI didn’t look ecstatic when he signed Pedro Sanchez’s nomination as president, but perhaps he was reflecting that Spain’s is a constitutional monarchy and it’s just a job, really.

But Pedro Sanchez who drove a stake into the heart of the PSOE and split it down the middle with his ‘No means no’ refusal to give the presidency to Mariano Rajoy in October 2016, has made everybody happy.

He has given the party back its hope and self-confidence so if you see a smiling face in the street, that’s a PSOE voter. Until the next general election, anyway.

Waiting in the wings

CIUDADANOS leader Albert Rivera might have won if a general election had been called immediately after judges censured the PP as institutionally corrupt.

Rajoy knew it, too, and this knowledge was his undoing.

Rivera refused to back the no-confidence vote because Pedro Sanchez had the support of the Basque nationalists (bad) and the Catalan secessionists (infinitely worse).

Instead he wanted elections but must now bide his time while making life as difficult as possible for the PSOE and the Partido Popular.

Rivera, whose party helped Rajoy become president in October 2016, knows he has lost out. However much he tries to upstage Sanchez he remains the understudy who won’t be called on to take the starring role.