A port in storm 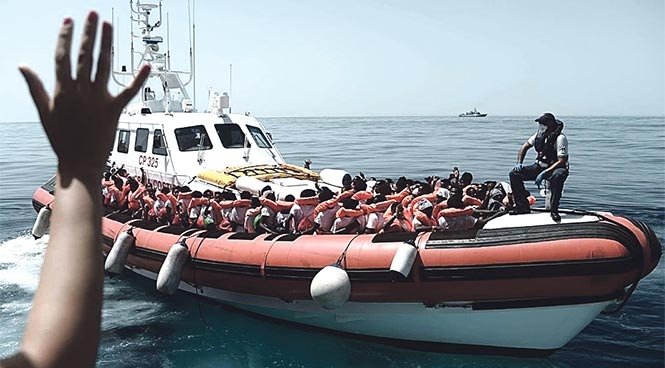 WELCOMED: The African migrants were allowed to land in Spain.

IT’S an old Spanish formula to proclaim ‘My house is your house’ on inviting a stranger into your home.

Nobody expects to be taken up on that but that’s what Pedro Sanchez said and did after Italy and Malta refused to allow the Aquarius rescue ship to land at any of their ports.

The ship has 629 African migrants aboard that nobody wants.

“It is our obligation to avoid a humanitarian catastrophe and offer a safe port for these people,” Sanchez said, giving permission for the boat to dock in Valencia. Cynical observers outside Spain suggested that Sanchez made the offer so that he could earn brownie points with Brussels. Others said it was to keep in with Podemos.

Or it could just be that the Spanish don’t have a big problem with immigrants. Many, now pensioners, had to emigrate themselves either for political reasons or to earn enough money to send back home in the pre-tourism, pre-boom days.

Or it could just be that once in a while ‘My house is yours’ is meant to be taken literally.

QUIM TORRA is Cataluña’s regional president, although he was only brought in to act as a proxy for his self-exiled predecessor, Carles Puigdemont.

Pedro Sanchez’s government made his hair stand on end, he complained once the names were announced, which is hardly surprising as the foreign minister is Josep Borrell, a Catalan who is firmly and vociferously opposed to independence.

And Meritxell Batet, another Catalan who is Minister for Territorial Policies – in other words, Cataluña – is no separatist either.

But Sanchez has already said that although there is no easy solution to the Cataluña problem, he’s willing to talk and at least reach consensus on social and economic issues unrelated to independence.

There could even be an attempt to restore the clauses in the 2006 Catalan Estatut that were emasculated by the Partido Popular in 2000.

Torra and Sanchez have now spoken. Torra and Miquel Iceta, leader of the PSC – the PSOE’s Catalan version – have now met.

Torra’s hair might not yet be back in place, but he’ll be spared the scalping he would have received from former president Mariano Rajoy.

PODEMOS supremo Pablo Iglesias criticised Pedro Sanchez for choosing ministers likely to appeal to the Partido Popular and Ciudadanos. Hardly a fair judgement but Iglesias was piqued because he was not invited to join the government.

His nose is out of joint because between them Sanchez’s Cabinet have nous and experience culled from years in office in Europe as well as in Spain’s national, regional and local governments.

Despite their individual qualities and impressive academic records, the same can’t be said of Podemos politicians, especially its higher echelons. Unless you rule out Venezuela, of course.

PEDRO SANCHEZ’S Cabinet has 11 female ministers, prompting a grudging “…so long as they’re the best people for the job” from too many males.

Why the condescending rider?

As though male ministers are automatically and unfailingly the best people for the job!