Save the date for the next fairy-tale wedding, hen… or divorce 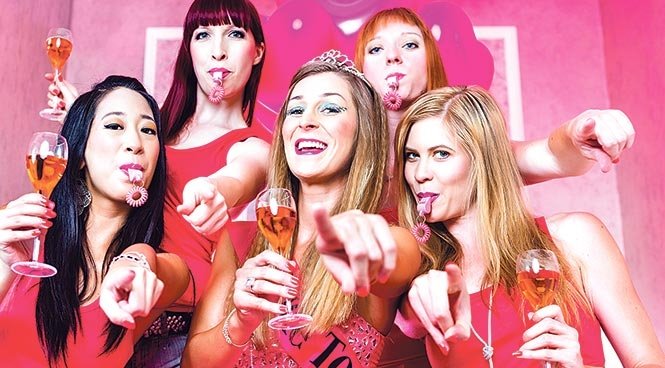 WITH the wedding season in full swing, a survey by Brides Magazine has revealed that, despite these tough economic times, brides are still dead set on having the wedding of their dreams – with the average wedding costing £30,000+ and many brides expecting to exceed their initial budget.

Hardly surprising, then, many newlyweds now start married life in debt. Or that some go to ever increasing lengths to recoup wedding costs by selling on eBay items bought from their gift list to generate cash.

But the evidence suggests that brides-to-be are just as easily persuaded to splash out on hen parties too. One recent study estimates that over £1 billion will be spent on hen parties in the UK this year. One study last year indicated that the average cost is £507 per hen.

But that’s not all. Some have an ‘away’ hen and a ‘home’ one – plus a final joint night out, inspired by the growing trend for ‘sten’ parties (stag and hen, geddit?). And yes, a third hen party! But then, a fool and his money…

But isn’t it about time people focused on the marriage rather than the wedding (or hen parties)? After all, when all’s said and done, a wedding lasts only one day. With weddings such Hollywood-style productions nowadays, is it any wonder everyone forgets why they’re actually there, and why a few years later they’ll be experiencing that other procedure called ‘divorce.’

As we all know, an OTT celebrity-style wedding isn’t the fail-safe recipe for a happy-ever-after scenario. At the wedding of a friend of a friend, it was just the two of them, a couple of passers-by they invited in (whose names they still don’t know) and the registrar. And, yes, they’re still happily married decades later.

Oh, and one final tip. You should always get married early in the morning, so if the marriage doesn’t work out you haven’t wasted the whole day.

Always glad to help… plus I am available to solve any of the world’s remaining problems – for a small fee.