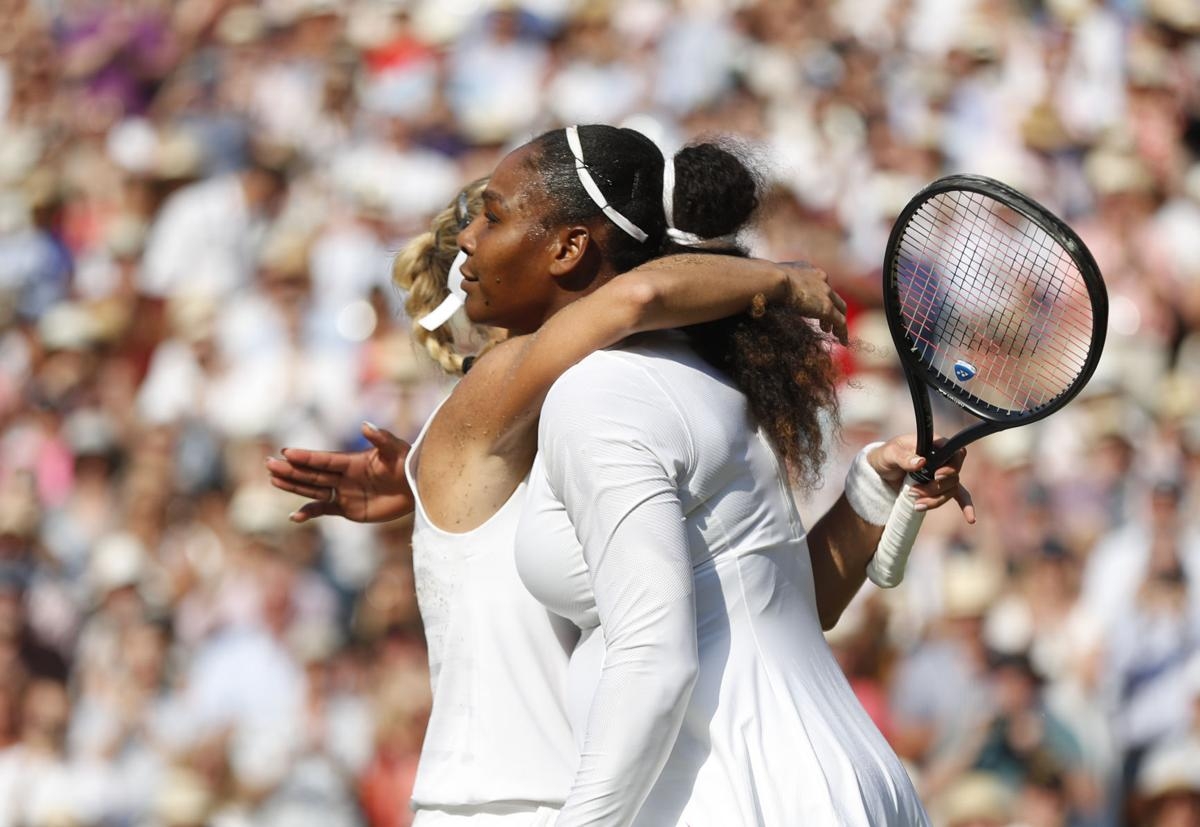 WELL, we did it. Whether you watched the World Cup and/or Wimbledon, or if you did your best to avoid them, Sunday saw them both conclude – unfortunately at about the same time. I think a lot of us were flicking between Moscow and SW19 last Sunday trying to keep up with what was going on.

Now, you know I can’t explain the off-side rule and I can’t play tennis for toffee, but I did get caught up in the football and in the latter stages, the tennis too. I might have missed the Men’s final if lovely friends from London, Ray and Louise, hadn’t sent me a copy of a well know newspaper and jogged my memory via its sports section!

I enjoyed the tennis. I liked the genuine affection the ladies finalists showed for each other and for once, Djokovic dropped the arrogant act and was nice about his opponent too.  It is a shame that British competitors who made it through to the finals in the wheelchair doubles, mixed doubles and in the Boys competition were difficult to follow, just because there was no BBC visibility of when these matches were being played or if, or when, the BBC were showing them. The British pair won the wheelchair match and got hardly a mention anywhere.

If you are a fan of The Voice (if you are, worry not, there is help out there, no really there is) you probably found yourself watching ITV’s The Voice Kids. The show kicked off last Saturday and is running across eight consecutive days. It broadly follows the format of the adult show, with three music industry heavyweights and of course, Emma Wills hosting.

Will.i.am is the only judge to make it over from the adult show. He is supported by Pixie Lott, you might remember her from Strictly and Danny Jones. I had to Google Danny. He was in a Boy Band, McFly, apparently. It’s a good job he’s kept his looks, he certainly couldn’t dine out very often on his personality…

You have to admire the courage the kids have to be able to sing on national TV. You will admire the pushy mums and dads slightly less and when a seven year old starts singing about ‘stuff someone over thirty should really be warbling on about’, you might just reach for the remote. The Voice Kids, ITV, continues Thursday-Saturday this week.

ITV treated us to the opening episode of series three of Unforgotten on Sunday night. Now, I’ve friends who are ex-police officers, hola Jimmy and Keith, but brilliant as they are, I’m not sure even they could pull together a six part mystery, of a Sunday night, with only a piece of hip bone to start their investigations. This less than ideal bit of evidence was found on what I think was the central reservation of the M1, so either the felon is blatant, an exhibitionist or simply doesn’t care about being seen. Sanjeev Bhaskar and Nicola Walker star as detectives Sunny and Cassie who test the friendship of, to be honest, a random group of people who seem to be in the frame for the crime. This is solid Sunday night viewing though and you can keep up with what is happening on ITV, Sunday at 22.00h.