Daniel wins and the pottery is down the sewer 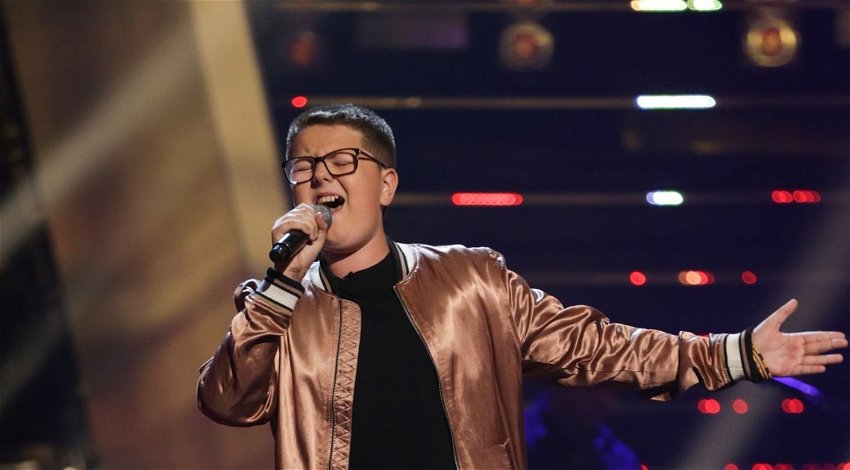 LITTLE VOICE: Dan’s the man, but what was Will wearing?

LET’S start with some humble pie.

I think that I need to check into that clinic for people who suffer with ‘watching The Voice’. I accidently tuned in last weekend and found myself watching The Kids final on ITV. I enjoyed it. There I have said it, I tuned in, watched and enjoyed it.

The winner, Daniel Davis, blasted out ‘Any Time You Need a Friend’. Daniel is 14 and I’m sure made Mariah Carey proud.

Daniel’s mentor was Pixie Lott, who looked stunning in a gold dress. It was such a shame that Will.i.am turned up to the final wearing some maroon linen PJ’s he obviously picked up from Malaga market. I think the stallholder would have been really grateful to have shifted them. If you didn’t see the show, think M&S loungewear, in maroon, creased, with baggy shorts. Thanks for making the effort Will. Wonder if Ad.am.i would work for me, maybe not…

Some TV news, the BBC has axed The Great Pottery Throw Down. Now, this BBC2 show attracts an audience of over three million and who doesn’t like to see Sara Cox getting her hands covered in sloppy clay, so why is Auntie B pulling the plug? Well, the show is made by Love Productions (can you imagine the switchboard operation ‘Good Morning caller, Love Productions, how may I help?’) Love Productions also makes Bake Off, you get the connection?

The other big TV news is that ITV have announced the X Factor judges for 2018. Simon Cowell is joined by Louis Tomlinson (boy band) plus Mr and Mrs Robbie Williams. I think the EWN Grumpy Old Man needs to investigate the husband and wife pairing here, don’t you?

Sunday evening viewing on ITV came to an unfortunate end for me last week when I stumbled across Holiday Horrors Caught on Camera. It was late and I think I might have breathed in some of the smoke from the first wild fire of the season in Casares – side bar, thoughts and prayers with the bomberos and others who fight wild fires across Spain, you were fantastic in Casares last week – but I don’t call getting an unexpected visitor in your TENT whilst on SAFARI (surely to be expected) or finding out that you and a few pals have a holiday jet to yourselves is a holiday horror. Most of us have some experience of holidays going pear-shaped and I’m not sure these experiences fall into the horror category. If you fancy a late night romp with random folk on their holibops, catch up via the ITV Hub.

Sticking with BBC2, having cancelled Pottery Throw Down, Tuesday saw the second of three programmes documenting the £5 billion super sewer being built below London. A friend pushed the initial plans through parliament on this one (hola Alison), but this is a prime-time slot and while the scale of what is going on is impressive, apart from Alison and any engineering fans out there, this one is probably best viewed on a long transatlantic night flight, you will nod right off.

Looking ahead, The Hairy Bikers continue their Mediterranean Adventure on BBC2, Friday evening (quite a lot of BBC2 this week …) and fans of Dad’s Army won’t want to miss We’re Doomed, The Dad’s Army Story on (yes, you guessed it) BBC2 Saturday evening.

Enjoy the heat and happy viewing.