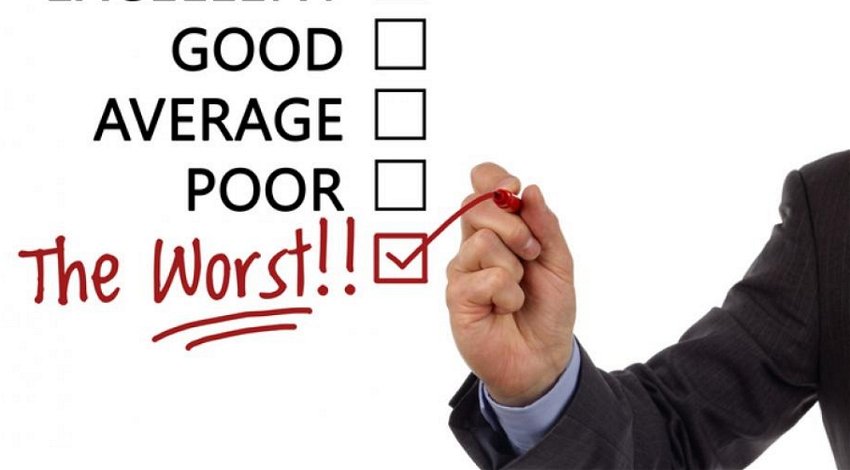 AN Amazon vendor just gave me a stark ultimatum: take down my bad review, or lose the €209 they owed me. Would you?

In these litigious times they could of course just sue, as indeed a New York doctor did last month for a million dollars, when a patient posted a negative review.

Then again you might recall what happened when guests logged a terrible review of Blackpool’s Broadway Hotel (‘a rotten stinking hovel’). The hotelier made headline news and was deluged by crippling publicity after adding a £100 (€114) fine to their bill for reputational damage.

And now it’s happened to me. Hold the presses.

It all started with a quest for a phone – a very particular phone, which only one vendor stocked, on Amazon’s French ‘Marketplace’. That’s where Amazon lets third-party merchants sell their own goods and pay the retail giant a tidy commission (on condition they don’t undercut Amazon’s own prices, but that’s a juicy titbit for a different kind of article).

I came, I saw, I ordered. And waited. And waited. Thirteen days later, phoneless and desperate after the order failed twice for reasons unknown, I lost confidence, abandoned hope and cancelled, ordering a simpler phone from Amazon itself and getting it in a day.

Wasting scads of time and temper had left me aggrieved enough to post a poor review. After all, 70 per cent of people are now said to read reviews before buying online. I wrote nothing libellous, nothing vituperative, just the facts ma’am, nothing but the facts.

In the meantime, still no refund. Then an ultimatum from the seller, French retailer Hobby-Discount: take down your review or your money is blocked. Voila and ouch.

To my shame, I buckled. Every man has his price, and mine is a derisory €209.

Then my refund arrived safely – and I instantly reposted my review, turbocharged, updated and twice as mean. With another one for luck on the widely-consulted TrustPilot ratings site. So there.

Amazon’s press office has gone to ground with my subsequent query, but its policy couldn’t be clearer: sellers absolutely cannot force buyers to remove their comments, says an official response on the American mother-ship’s site. Any attempt to manipulate ratings, feedback or product reviews is prohibited and could result in a vendor’s ‘selling privileges’ being revoked.

Bottom line: we CAN fight back against shoddy service. Bad reviews might not ruin the Microsofts or Apples of this world, your local pizza joint or even my haughty French merchant. Let’s face it though, revenge is sweet. After I got my €209 back.

MY favourite Amazon review comes from a dissatisfied buyer: ‘I measured the TV and it was actually 104.6 inches not 105 so I returned it.’

No, customers aren’t always right as the old dictum has it. Except in their own minds.

The tough reality with consumers now holding so much power in their pens, is that when a customer complains, vendors simply have to grin and bear it. At best they can have a review taken down if it has been posted multiple times, or is ‘libellous, defamatory, harassing, threatening or inflammatory’.

By all means speak out when service is shoddy, but keep it in proportion. Is it worth it spending hours of your life trying to bring down a company for a single shoddy service? Well, perhaps….