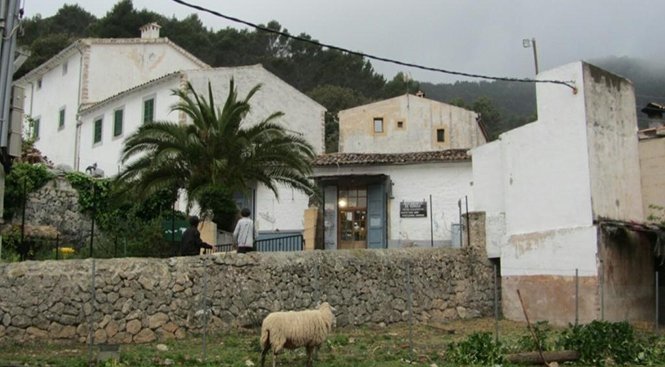 SHAMEFUL: The gang broke down the door of the property to terrify the elderly sisters

TEN arrests have been made after a balaclava-clad, knife-wielding gang stormed into the Mallorcan home of two sisters in their eighties.

After a lengthy investigation, officers involved in ‘operation castle wing’ uncovered a well-organised gang of criminals responsible for the theft and disposal of 50,000 euros concealed in a safe at the annexe connected to the Es Verger restaurant in Alaro.

A police spokesperson confirmed three men wearing balaclavas broke down the door before threatening and intimidating the elderly victims, owners of the business.

The gang, aged between 21 and 29, and of Polish, German and Maghrebi origin and living in the Arenal area of Palma and Inca, were found to have orchestrated and carried out the raid in May.

The subsequent arrests were carried out over an almost eight week period.

Although the elderly victims suffered minor injuries, they were extremely shaken up and cared for by health services after the raid.

The spokesperson added: “This was because of the state of shock caused by the violence of the event and the situation of superiority held by the offenders.”

Along with the raiders, two further accomplices allegedly carried out surveillance work abroad to dispose of the cash and arrange an escape vehicle, while another four are believed to be responsible for ‘receiving and concealing’.

“The Civil Guard has made arrests for the crimes of cover-up and reception, and helping the offenders to divert some of the money through transfers to Morocco via money transfer companies,” added the spokesperson.

“They acted under a preconceived plan and had detailed information about the objective that made the investigators suspect the existence of a person linked to, or who could be, the restaurant that the victims ran.”

This triggered the arrest of a cooperator, who is said to have provided information leading to the leader of the gang.

The investigation has revealed large amounts of money had been spent on leisure, clothing and games, and more than 11,000 euros at a roulette table in Palma in a single night.