MALAGA: A leading artistic and cultural gem in southern Europe 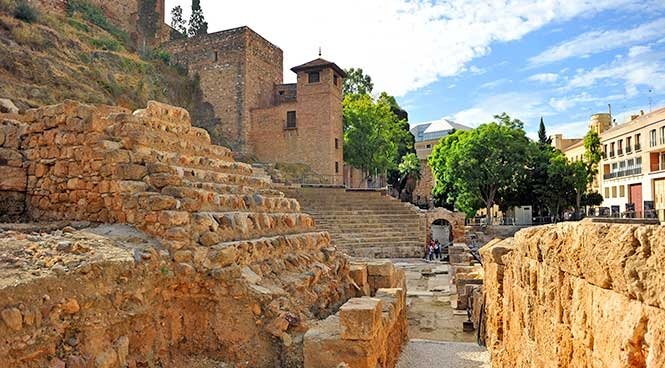 IN the last decade, Malaga has earned a place among the most popular cultural travel destinations in Europe.

Indeed, the variety of museums and historical sites has contributed significantly to the growth of the Malaga region.

Besides their positive impact on the local economy, art and museums are known to increase the symbolic value of a city.

As a result, Malaga has appeared in the international press as the new ‘unsung cultural capital’ (National Geographic) and ‘Spain’s most underrated city break (Daily Mirror).

And now a leading car rental company on the Costa del Sol has pyut together their guide for the top ten ‘must sees’ during your visit to the city and province.

The Marbesol Report 2018 compares and analyses the evolution of some of the most important art galleries and monuments in the region. Their team has contacted each of the museums and historical sites, to collect their most recent visitor numbers to produce their top ten most visited places from 2015 to 2017.

Since 2015, the number of visitors to the Moorish palace has grown by 29.5 per cent, therefore becoming the most visited monument in all of Malaga province with 653,425 visitors

The Picasso Museum also shows consolidated growth (almost 30 per cent), standing out as the most successful gallery in the entire region of Andalucia.

In 2015, the Cathedral of Malaga started to allow access to the roofs. This has boosted the number of visitors by 46 per cent, making it the biggest growing monument in terms of visitors.

One of the best views over Malaga city can be enjoyed from the Gibralfaro Castle. Probably for this reason and its historic value, it has become the fourth most visited place in Malaga.

The Centre for Contemporary Art of Malaga was the early precursor of a new artistic movement in Malaga. The 2017 exhibitions managed to reverse a severe drop in 2016.

Despite the beauty of these marble rock caverns, containing unique paintings from the Paleolithic, the number of visitors has consistently dropped during the last three years.

Since its reopening in 2015, the ‘King’s Pathway’ has been booked out year after year. Thanks to its breathtaking views it has become a real highlight among international visitors.

This impressive natural park displays a rocky landscape of limestone from the Jurassic era. After performing necessary maintenance works it has managed to grow visitor numbers by 175 percent. El Torcal is a UNESCO world heritage site.

Centre Pompidou enjoys a perfect location at Muelle Uno near the city centre. Moreover, it receives significant support from the Pompidou Museum in Paris. Nonetheless, the number of visitors has been dropping since its opening in 2015.

Picasso remains an important figure both for the identity of the city and for promotional purposes. Although the visitors to Picasso Birthplace Museum have diminished in this last period, it remains one of the most profitable ones.

According to the Tourism Tracker Project in Malaga (Observatorio Turistico), visits to museums and art centres accounted for 17.19 per cent of all touristic activities, ranking in third place only after gastronomic activities (also 17.19 per cent) and strolling through the streets (25.17 per cent).

For more information or to download the full report visit: https://www.marbesol.com/en/blog/tourism/marbesol-report-2018-malaga/