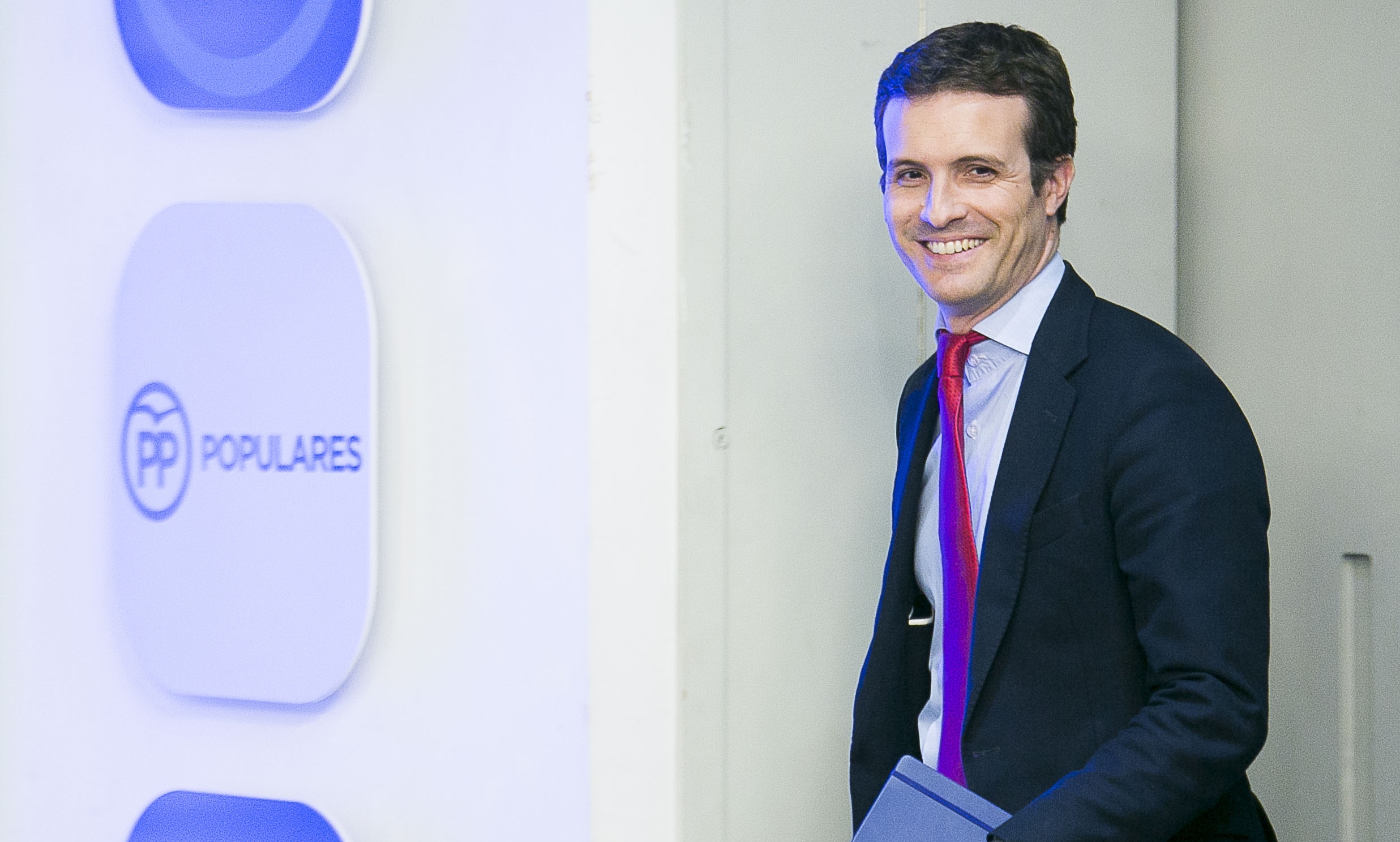 PABLO CASADO, the Partido Popular’s wunderkind could turn out to be not so wonderful after all.

Like the Madrid Community’s defenestrated regional president, he has a very dubious Master’s degree in Autonomous Law to explain away.

And it’s not only his political opponents inside and outside the party who believe there is something dodgy about the way he obtained the degree, as the investigating judge thinks there’s something fishy, too.

Fishy enough to decide that there could be a case against Casado to pass on the case to the Supreme Court.  Not because it’s such a heinous crime but as an MP he has the privilege of being tried there and not in a common or garden High Court.

Casado wasn’t too bright a student at the demanding Jesuit-run ICADE Business School in Madrid by all accounts, and squeaked through with Law but didn’t manage the degree in Business Administration.

Never mind, he is remembered as being very active in the Hall of Residence and for organising debates, all of which was good practice for his future calling.

Being a convincing orator is all that a politician needs, regardless of what he is saying although it looks as though Casado could soon be called on to do some very fast talking indeed.

OH boo-hoo.  Diddums. Should our hearts bleed for poor victimised Pablo Casado who could face prosecution for an irregularly-awarded Master’s degree.

“What they’ve done to me they haven’t done to anyone else in the country,” he fumed recently.

CATALUÑA’S secession fanatics are never going to change their tune but there will be less discord even if there’s no harmony, so long as lines of communication remain open between Madrid and Barcelona.

The president of Spain’s government Pedro Sanchez recently met Cataluña’s regional president Quim Torra and as expected they emerged without reaching any kind of agreement.

This was the first meeting between a Spanish and a Catalan president for seven years but as Sanchez mildly pointed out, he was only doing what Spain’s constitutional and autonomous laws require.

But Sanchez has pledged that until Torra’s government does anything downright illegal, there will be no more of Mariano Rajoy’s “this is in the hands of the courts” handwashing.

Regarding Gurtel and corruption, that attitude lost him the government and it almost lost him Cataluña.

The Catalan problem has never been the legal issue that Rajoy and his government turned it into.  It requires, as Pedro Sanchez said, a political solution.

What that solution is, heaven only knows and it could be as elusive as the crock of gold at the foot of the rainbow. At least Sanchez’s looking for it, which is more than can be said for Rajoy.

THERE were no concessions from the national government following the Sanchez-Torra meeting although after listening to Pablo Casado and Ciudadanos’ leader Albert Rivera you’d think that Sanchez had sold off the family silver, not to mention the crown jewels.

Predictably Casado followed the official Partido Popular line but Rivera’s reaction could turn out to be self-defeating.

Roughly half of Cataluña does not want independence and Rivera, who is itching for a fight on their behalf, fears that Sanchez’s softly-softly approach could get better results.

You catch more flies with honey than vinegar but rRivera wants vinegar all the way.