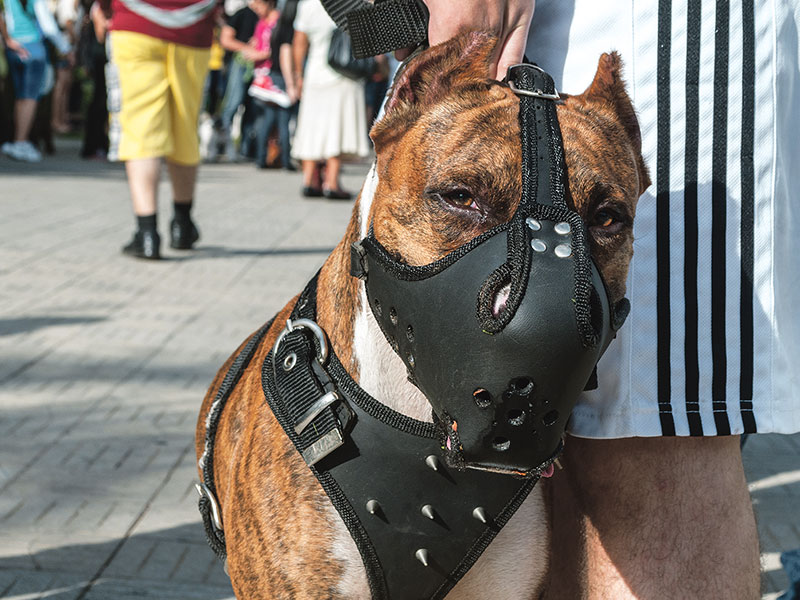 Horrific photos once again this week of a young baby savagely mauled by a pet dog. How long is it going to be until the authorities realise that a number of canine breeds are actually no more adaptable to the living conditions of human beings than many dangerous wild animals?
To my mind the likes of Bull Terriers, Mastiffs, Rottweilers etc should be viewed in one place and one place only. The local zoo. In the last 10 years there have been 17 deaths in the UK due to dog attacks and 200,000 reports of dog bites in the last year alone!
These are horrendous figures and the most tragic fact of all is that the majority of victims were extremely young. Many of these tots, now scarred for life, have had their whole futures altered beyond redemption, simply because the two-legged animal that should be the most responsible of all, deems for some unknown reason to allow unpredictable, potentially life destroying four legged canines to share their homes.
When are they going to recognise the devastation these animals are actually capable of? I do actually shudder when I see photos, or postings of dangerous dog breeds, cuddling up or licking the faces (not too hygienic anyway!) of babies of sometimes a few months old. One, split second vicious snap and those faces could be gone forever. When are the government going to see some sense and ban certain dangerous breeds altogether?
I await the slings and arrows of DDO’s (dangerous dog owners) with my usual full metal jock strap firmly in place!
Contrary to the outcry that accompanied it, I did have some sympathy for the British pensioner who said her Benidorm holiday was ruined because her hotel had ‘too many Spaniards in it.’ Not being present at the time, I can’t comment on her remarks about the general rudeness of the other guests, although I am fully aware that certain cultures may appear somewhat more abrasive and a little more obtrusive than the British are generally exposed to! No, to an extent I can fully emphasise with her problem.
Some years ago, when the children were a great deal younger, I decided to take them all to a hotel in Mallorca over the Christmas period. After checking in and exploring our ‘special Christmas treat’ It didn’t take long to realise that the hotel was full of Germans. In fact, the whole of the Christmas festivities were geared toward the Alemannia’s.
The staff all addressed you in German. The shows (including the comedian) were German orientated. The food had a distinct German flavour, the bars were empty by 10pm and breakfast was served at some ungodly hour around sunrise! Our whole Christmas was in fact ruined.
I believe that hotels do have a certain responsibility to inform potential guests that their establishment may be geared toward some culture or citizens from a specific country. At least you would then have the choice of who you would prefer to share your hard-earned break with.
Keep the faith.
Love Leapy
[email protected]