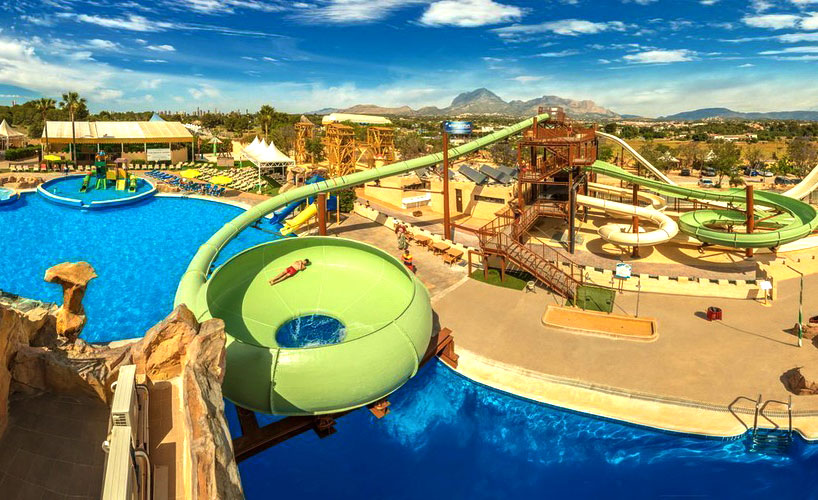 THE resort where eight-year-old Blair Scott was found lying motionless at the bottom of a swimming pool on the Costa Blanca has today (Thursday) issued a statement about the incident.
In a two-page document the owners of the Magic Robin Hood in Alfaz del Pi detail their version of events.
But speaking exclusively to the Euro Weekly News this afternoon Blair’s father, Kevin, disputed some of the claims saying, “We have several witness statements to prove otherwise.”
He continued, “I’m contacting all of the witnesses. There are several statements online as to what the truth is. My partner was there and lots of people witnessed it.”
Kevin claimed that they have now installed barriers and put extra lifeguards on the pool in which it happened as the hotel claimed that Blair had drowned in a “blind spot”.
Updating on his son’s condition he said, “Blair is back on a ventilator coz his lungs aren’t strong enough from developing pneumonia.”
Eight-year-old Blair was reportedly spotted lying motionless at the bottom of a resort swimming pool at the Magic Robin Hood before being rescued by two holidaymakers on Sunday.
And today (Thursday) the owners of the resort have issued a more detailed statement about the incident.
They confirmed that the accident happened at approximately 12noon on September 9, in the pool at the Magic Robin Hood hotel.
The statement says the first aid service provider at the facility is Aquatic Safe Company SL.
It goes on to say that a guest of the hotel, Mrs. Olivia Brolly, spotted a child that wasn’t moving at the bottom of the pool.
She called for help from another guest who was in the area, David Lee, to help get the child out of the pool, notifying the lifeguard that was assigned to the pool and emergency services were immediately called.
Once out of the water the child, wearing goggles and a diving tube, was assisted by the lifeguard, Manuel Jiménez Rico, who gives him first aid and performed CPR.
The statement goes on to say, “He was helped by other hotel clients who were in the pool at the time and who, due to their professions, had the technical knowledge to take care of the injured child specifically a nurse, Patricia González Robles, another nurse Xavier Auba, a firefighter Juan Carlos Fernández and a local policeman José Antonio Blanco.
It continues, “At the same time, our employees tried to locate the parents, legal representatives or persons responsible for the child, who are not in the swimming pool or in its vicinity. They came to the area of the incident approximately twenty (20) minutes after the events occurred.”
“Once the emergency services showed up at the hotel facilities, they took care of the injured child’s medical care, transferring him to the nearest hospital to be able to provide the care required by the medical situation in which the child was.”